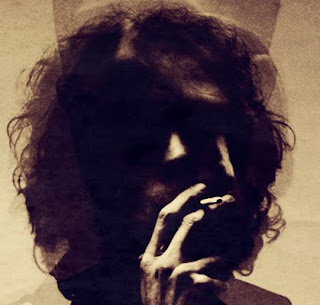 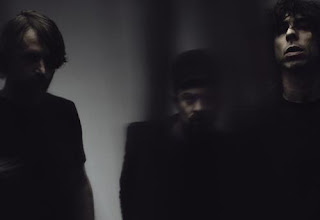 I'm sure that over the past few days of reviews, some of you have seen that I do intend to bring this blog out of pure metal and include some other styles as well. I've known about this album for a little while and have finally decided to give it a spin. How could I resist an album with a cover that reminds me so much of The Doors, for some reason or another.
I'm a huge fan of music from the 60s and 70s, and I am a fan of groups that can take me back to those sorts of sounds. With opener, Intro_SP, this trio immediately just blast into a trippy psyche-rock jam. I love how the drums keep this very jittery groove going throughout while the guitar and bass move from actual riffs into more soundscapes. I rather enjoyed the fact that these guys don't so much create songs as much as these seem more like ideas that just develop into long jams. It's songs like Ddb that just really take you in and just take you on a journey into the band's unique world of psychedelia.
The musicianship of each of these guys is great, and each track really gives you something a little bit different. Some tracks really have a more guitar, rock guitar, oriented sound, the aforementioned Intro_SP, while a track like N6_Isolated brings out a more post-rock guitar sound, with some great drumming behind it before escalating into noise rock during some sections. I found that the loudest, and most "rock" track was N5, which just opens up with a great drum fill before running into post-rock sounding territory. The jazzy closer, N5.Coda, also brings some cool ideas to the table, with possibly the best bassline on the album.
This is a really solid album, though one that isn't all that memorable. I could definitely see other people digging into this a lot more than me, as well as people who will definitely like this more than me, but I can only speak for myself. I would definitely recommend this to people who enjoy the whole jam band kind of thing, but also like it to be a bit more contained sounding.
Overall Score: 7
Highlights: N5, N6_Isolated
Posted by maskofgojira at 12:47 PM