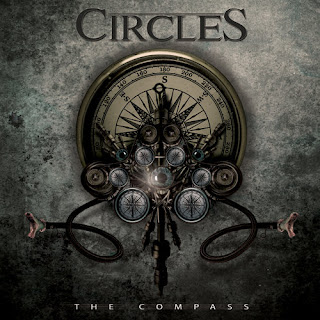 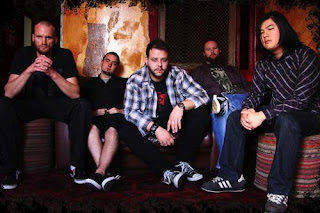 When it comes to djent, because this band is placed in that genre too, there's quite a large spectrum of bands. Sure, there are bands that are more inclined to groove, but then you have bands that lean more toward the prog metal. Circles is one of those bands that lies in between, carving their own little niche.
Unlike a lot of newer bands in the djent scene, Circles rely more on melody more so than their piers, but still provide plenty of groovy riffs as well. They have the precision to go out into tech metal/prog metal territory while still providing a great head-bobbing groove, demonstrated in The Design. Another thing they have going for them is the fact that their vocalist sounds more like an adult than a kid singing, no offence to people who like that stuff, cause I like it too, but this guy has more of a Mike Patton thing going on in his style, which really makes him stick out among other vocalists. But if that's not doing it for you, when in doubt, have a good chorus, and this EP is full of them, from the first time I heard songs like Clouds Are Gathering and Act III, months before this was released, I couldn't forget those hooks.
Overall, this is a great EP that should definitely appeal to people looking for a modern prog metal band that sounds more masculine and more melodic. There's a lot of fantastic songwriting on these six tracks and there honestly isn't a clunker among them. Definitely check this out if you want to hear modern prog metal at it's best.
Overall Score: 8
Highlights: Clouds Are Gathering, Ruins
Posted by maskofgojira at 10:01 AM