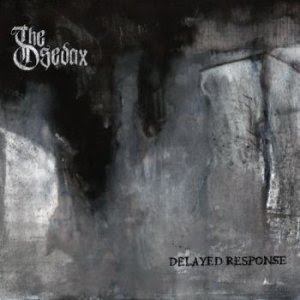 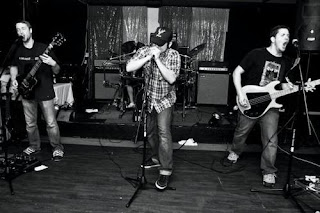 I've been waiting for a cool looking funeral doom record this year, not that there haven't been some released, just not ones that I'm interested in. Now, while I think that funeral doom and sludge isn't really the blend that I think will work the best, as oppose to regular doom and sludge, why not check it out. Plus, more of the recent doom/sludge records I've been reviewing haven't really had exactly what I've been looking for.
If what you crave from metal are bass-heavy grooves, husky roars, and the occasional black metal part, than this is for you. What you have is a very brooding doom metal record with some more atmospheric elements thrown into the mix here and there. You don't have a whole lot of riffing as much as you just have seismic chords that are cast out after being hit. While the vocals are pretty typical, low roars or high-pitched screams, that's about all that's typically on here. I really have to give it to the solid bass-playing on here, while it's nothing special about what he's doing, the tone and fluidity to which the bass is used definitely improves the grooving aspect that this band has.
While most of this album is definitely rooted in the doom sound, hint of the sludge side does emerge during some of the fast passages, hear Intermittance. The hints of post-rock that shine through on tracks like the opener The Purging or most notably the interlude Transient Progression, also bring a more melancholic sort of atmosphere to this record that I find is lacking from a lot of doom bands. It's not terribly catchy, though the use of more melodic parts is used throughout each song, hear Reanamorata, not one song ever moves into territory that would have a listener desiring to sing along to it.
Overall, this is actually a really solid effort with some really good songs on it. While I have to say I expect to have a more droning experience with this album, what I got was a much more atmospheric endeavor that truly won me over. Definitely check this out if you want something between post-metal melancholia and funeral doom weight.
Overall Score: 8
Highlights: Reanamorata, White Noise Transmission, Delayed Response
Posted by maskofgojira at 6:13 AM