Touché Amoré - Parting The Sea Between Brightness and Me (2011) 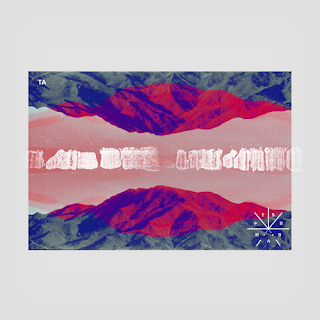 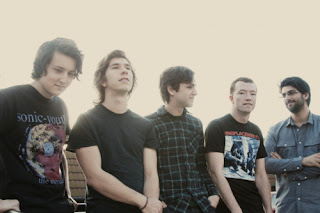 Last year was really the first time I had begun to explore screamo music, or at least the real screamo genre. I can recall when I first started getting into music and I was listening to what could be referred to as mainstream screamo, I won't mention any bands here, but later fell out of love with the style. Having found quite a few good groups within the genre, and having heard some good comments about Touché Amoré, I decided to check out this new album.
This album is quite impressive, honestly, all but one song is under two minutes, yet there's a great amount of effort in having plenty of hooks in each track. The melodies are great and the sound is exploratory and constantly changing from aggressive distortion to soft and calming cleans. Everything is done with such energy, but plenty of expertise in the craft of each of these songs, which I don't hear all that often when a band makes songs this short, tracks like The Great Repetition or Crutch are two of many examples of this. Something I enjoy about screamo is the authenticity that I can hear in the vocalists, it's clear in here, but is seldom actually felt in metal vocalists.
For some reason, a lot of the screamo bands I get turned onto have elements of post-rock, note I said most, not all, and this one is no exception. A lot of tracks on here either have melodies that I could hear in a group like Explosions In The Sky, or go into softer sections that really emphasize that sort of hushed melodic guitar sound instead of the abrasive tone they usually use. I'd say what's on here is probably one of the best mixes of the two, aggressive and soft tones, I've heard in a while, because each track really brings forth a very different vibe to each section, but it never feels forced or rushed in any way.
This is a great album, to put it simply. This band does more in twenty minutes than most bands do with double that length, in terms of albums. I highly recommend checking this out if you're at all interested in hearing some unique screamo, post-rock stuff, you will not be disappointed.
Overall Score: 8.5
Highlights: Pathfinder, Method Act, Home Away From Here
Posted by maskofgojira at 10:34 AM