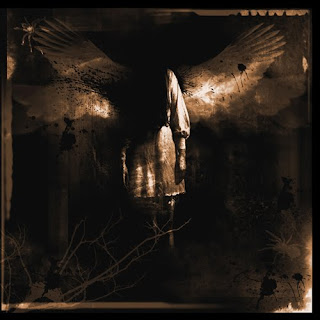 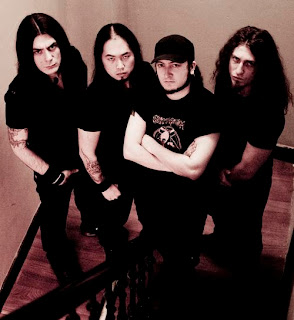 Seems like over the years, Forgotten Tomb's fanbase has kind of turned against them. With their last full-length, 2007's "Negative Megalomania," the band went so far as to include a more rock influenced sound and making use of clean vocals. Since then, the band also released a compilation which included covers from bands like Black Flag and Nirvana as well as Black Sabbath, showing just how diverse their influences actually are.
Despite the fact that the band has undoubtedly gained a larger fanbase thanks to their more adventurous side, moving out of the depressive black metal realm of their early work, it's hard to deny the rock riffs that open up the album. In a similar way to how Entombed slowly evolved from being a death metal band into what's now known as death'n'roll, I believe a similar progression can be seen with Forgotten Tomb. I totally understand why people can criticize these guys for "selling out," but in terms of songwriting, it's improved tenfold to what it was when they began. I can fully appreciate catchy riffs and choruses, as this album has quite a few, but I can see how older fans might long for the colder, more melancholic touch that their first few albums had. In terms of sounding cold, I have to say that compared to even their last record, this album sounds nowhere near as dark and grim, instead being quite a bit more upbeat sounding on tracks like Downlift and Joyless.
Now, I'm all for having different influences and embracing them, but I'm not sure I Wanna Be Your Dog by The Stooges really belongs on here, it's a cool cover, but I don't know if it was the best choice to put it on a full-length. The rest of the album doesn't go into territory anywhere as straightforward or punk sounding as on that track but they definitely move into a very melodic sound with the two-part title-track, Under Saturn Retrograde. I can't say whether or not older fans will accept the latter half of the record due to how melodic it actually is, but I'm sure it will please some, as well as get some newer fans as well.
I can't see this album topping their last one for me, but that's just my personal favorite album from them, but I still think it's very solid. Definitely an album that takes them into a more melodic and rock based sound, time will only tell how they work within this space they've made for themselves. Check this out if you're searching for something along the lines of black'n'roll.
Overall Score: 8.5
Highlights: Shutter, Under Saturn Retrograde II, You Can't Kill Who's Already Dead
Posted by maskofgojira at 10:58 AM