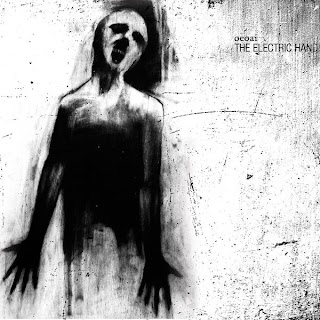 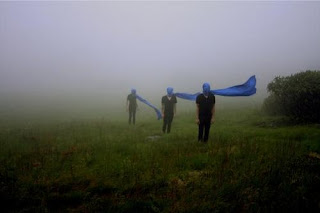 Experimentalism the the foundation for expansion in most things, and no different in music. The whole post-rock/metal scene produced the world some of it's most creative bands ever, but with that also came loads of thoughtless and uninspired groups. Ocoai has gotten a decent amount of word spread about them, but it was their bleak cover that caught my attention.
When you're a band who takes influence from Neurosis, and you're kind of putting yourself into an instrumental post-whatever sound, you're really setting a high bar to top. I feel the need to mention this because this album makes use of a sound that definitely owes a lot to that band, with this album, you get the typical build up and falls, but along the way you get some interesting instrumentation that includes a variety of instruments including piano, strings, additional percussion, sitars, and straight up noise. The integration of styles that, appear, to include prog-rock, folk, straight-up sludge metal, and symphonic music all into the post-rock sound, for the most part, aren't all that new additions to the sound, but they do make an important difference in at least the proficiency of the musicians performing it.
As for how this actually comes out sounding however, no matter how much the elements put together have all be done before, I have to say that this stuff is really good. I have to say that while some tracks are pretty typical for the post-rock/metal sort of thing, Niveus Hills, other tracks like Grimpeur really stick out due to how expansive they wind up sounding, the guitar solos especially. The prog elements of the band really stick out a lot more than many other groups I've encountered from this genre, as a track like La Main d'Electrique, which is probably my favorite track on the album, totally encompasses all things prog, making use of the old-school Hammond organ, some nice 70's blues-rock riffs, and the great solos. One thing I really thought stood out on here were the Pink Floyd-meets-surf rock vibes that a lot of the guitar solos had on here, listen to the intro on Marchand de Sommeil and you'll get what I mean.
Overall, I didn't come into this expecting much, but was very pleasantly surprised by how much I enjoyed this album. The lead work on here simply moves me each time I hear it, it's not overly flashing or technical, but it's full of emotion and melody. If you like progressive or post rock meets metal stuff, this is an album that I think you should definitely check out.
Overall Score: 8
Highlights: Grimpeur, La Main d'Electrique, Marchand de Sommeil
Posted by maskofgojira at 6:02 AM