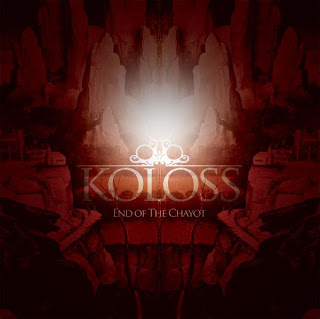 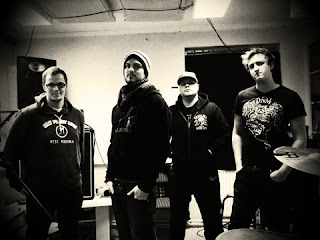 I think it's great when a band has a DIY aesthetic to their music, write, record, and release it all yourself. It's this sort of attitude that I really respect from artists who release their stuff on their own. Given my fondness for post-metal, of course I had to look into this release.
If you have a hard time differentiating between post-metal and atmospheric sludge, I'll say that you are not alone, as the two often cross pollinate and bands don't really ever stay to just one side. This album, and band, however, stick further to the sludge side. What you'll find on here are big, booming riffs that make way for the occasional mellow part to come in, or in other words, it's heavy. Though, if you think that there are no softer moments on here, you'll be sorely surprised. Opener Gaia should pretty much give you a big picture of what the rest of the album will sound like, as it is the epic of the disc.
Unlike a lot of bands that I've heard recently, these guys really crafted their stuff well. A lot of the groups from this scene, and I'm really referring to most of the sludge bands I've heard as of late, don't get their songwriting this well done till much later in their career. The likes of Old Sun Rise or the title-track, End of The Chayot, really show the band writing some great riffs while keeping themselves rooted firmly within the atmospheric sludge/post-metal sound. Now, this band certainly does contain that NeurIsis sound, without a doubt, the heavier parts sound more like Neurosis, while the softer elements in a track like One Wave definitely call back to an album like Isis' "Panopticon."
Overall, this is a solid debut record, and one that certainly doesn't sound like it was recorded without the help of a label. It's not all that original, but it's crafted well and that's what really counts here. Definitely a band to watch if you're into this scene, don't miss out.
Overall Score: 7.5
Highlights: Gaia, Kau Boi
Posted by maskofgojira at 9:13 AM