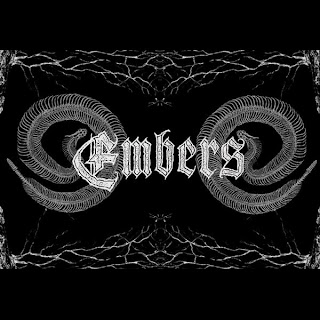 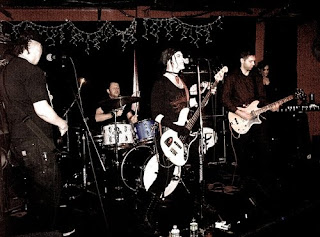 Crust is the stuff that makes sludge worth listening to, in my opinion, the grime and filth covered riffs just pollute your eardrums. For me, polishing sludge is like polishing a rock, sure it might be shiny in the end, but you've really taken away what made it interesting. This five piece has ties to the Bay Area punk scene, so I'm expecting some good stuff.
After the obvious opening of, Drone Intro, this band surprised me with what they actually had to offer. Instead of some hulking doomy/sludge song, I found the ten minute Eucharist to contain a very atmospheric black metal sound to it, but in a good way. In how atmospheric it was, I almost expected it to be more monotonous or dreary, in a depressive sort of way, but instead, this album has a great sense of melody and progression, playing riffs long enough to be catchy, but not overuse them. There are parts where this band are amazing and go through some excellent songs, but I have to say that there are times on here where their sound becomes a bit derivative, hear Malediction.
The band certainly do have a sludge/doom side to them though, so don't expect this whole thing to have black metal tremolo picking or shrieked vocals. While songs like the title-track, Shadows, and Dreams have slower sections, this album doesn't really ever go full-on sludge. One thing that stood out on here, to me, was the drumming, because for black metal, and this could very well have come from the punk influence, it wasn't always going double-bass heavy on me, there were sections of more intricate playing, hear a track like Resurrection.
Overall this was a really solid album with some great tracks on it. While some parts did seem a bit too overused, for black metal in general, or derivative, most of it was very good. If you're into more atmospheric based black metal with some doomy passages, definitely check this out.
Overall Score: 7.5
Highlights: Eucharist, Shadows, Awakening
Posted by maskofgojira at 8:24 AM