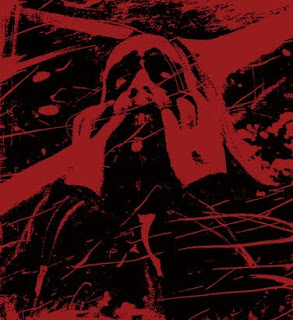 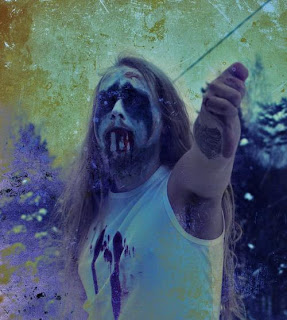 Over the past few months I've actually been communicating off and on with Lord Theynian, the founder of Dødkvlt. His debut record really came off as one of the better debuts from last 2009. This new album definitely progresses his sound further into a more identifiable sound.
Immediately from opener Children of A Failed God, it's apparent that the intention of this album is no longer trying to meld black metal to more progressive and symphonic ideas, instead the three ideas are seamlessly blended together into one. Where the sound of the debut was pretty separated in terms of the different sounds, you had your black metal parts, your symphonic parts, and some proggy playing, and you could easily pull it apart, on here, symphonic parts are used much more sparingly and to a greater effect, while the riffing retains a progressive thrash sort of vibe. Now, I think I've said before that I'm not the biggest fan when it comes to the genre of thrash, but I love thrash riffs, and this has plenty of them.
Besides the stylistic growth that is showcased on here, I found the songwriting to have improved just as much as well. Tracks like Blinding The Eyes of The Bastard Christ and Verenhimo have not only catchy riffs, but choruses that stick in your head immediately. It's an extremely memorable album that can be a bit of a challenge to put down, once you start listening to it, at least for me anyways, I had a hard time wanting to stop it before I had heard the entire album. Now while the whole album is well crafted, the crown jewel on here definitely has to be Taste My Sweet Revenge, which sounds like a mix of sounds that could be heard from Shining, Opeth, and Dream Theater, at times, but done in Theynian's own style.
Overall, this is a great achievement and a major leap forward for Lord Theynian, and an album he should definitely be proud of. There aren't a whole lot of weak spots on here, almost every track on here is fantastic, by his next record, I think we can expect something that's genre-breaking, or defining if you will. There's no doubt that if you like progressive, forward thinking black metal, you should check this out for sure.
Overall Score: 9
Highlights: Verenhimo, Taste My Sweet Revenge, Taival Vailla Valoa
Posted by maskofgojira at 8:25 AM