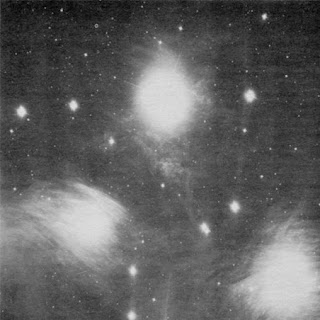 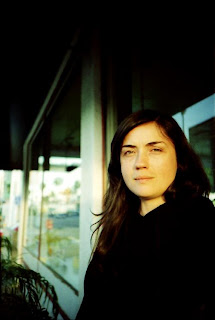 I've seen this album on a few blogs and finally decided to check it out. Liz Harris' solo project has been on the rise in recent years and has gained quite a bit of praise with this double-album. This will be my first encounter with her, so please be gentle if you're a hardcore or longtime fan.
I have to mention this first so people know, or at least have an idea, as to what they'll be getting themselves into when listening to this album. Like I just said, this is my first encounter with Grouper, but this isn't annoyingly, headache inducing pop music, or indie folk for that matter, no, what's on here is very soft and calm and near trance inducing folk music with a hint of pop. It's not really something I would recommend putting on while you're driving, it's something that can, and at times will, fall into the background. The melodies on here are just as slow moving as you might expect and the vocals are low in the mix. It's not jumping at you, trying to get your attention, it's comfortable staying where it is and waiting till you come around to listen to it.
This is an album that does contain an equal amount of dark ambiance as much as lo-fi folk pop music with the album "Dream Loss" containing your more atmospheric tracks and "Alien Observer" have much more folk oriented sounding tracks. Tracks like I Saw A Ray or Atone display the more ambient side of her sound while the folk side is in full effect on a track like Vapor Trails. At times I feel an almost new age vibe coming in, not a big one mind you, but on Alien Observer the track is a bit more graspable and palpable to a listener. Despite all of the hype that I've read from this album, I wasn't able to connect with much on the "Dream Loss" album, finding a lot of the tracks very hazy ambient songs, which is fine if you're into that sort of thing, but the "Alien Observer" album had a lot more songs with melodies that I could really get into, like Come Softly.
This is not an easy record to get through, it's not too long despite being a double album, but some moments do appear to meander. Like I said, I'm more into the songs rather than the soundscapes on here, but that's just my personal preference. If you're into more ambient singer-songwriter stuff, you couldn't go wrong checking this chick out.
Overall Score: 7
Highlights: Soul Eraser, Vapor Trails, She Loves Me That Way, Come Softly
Posted by maskofgojira at 11:16 AM