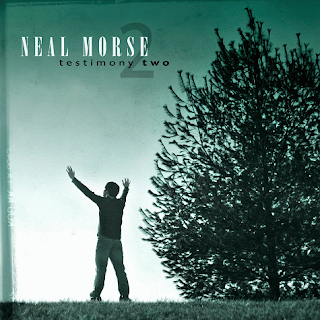 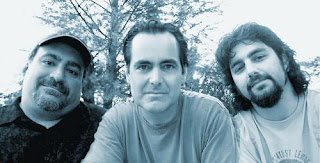 If you're at all familiar with the prog rock scene of the last twenty years or so I'm sure I don't need to explain to you who Neal Morse is. In his long career, releasing several high quality albums both on his own and in his former group Spock's Beard, he's a well respected member of the prog community to say the least. So here we are, eight years later, with part two of his first solo record, or his first solo PROG record to be precise, expectations are high.
Now, I don't know what anyone coming into this should expect, but it's certainly more in line with the original "Testimony" album in that you have shorter songs making up a suite, as opposed to the extended pieces that usually top twenty minutes. This has all the typical Neal Morse sounds you've come to expect, the great Hammond organ sounds, great proggy hard rock riffs, soaring choruses, and structures that go just about every which way possible. Now, pretty much everything on here is the standard high quality grade, but the lyrics are still the stuff that aren't really my cup of tea, the likes of Jesus Bring Me Home are just plain bad in my opinion, even if they are part of the grand concept, but I'd still listen to this over his straight-ahead christian rock albums. In all honesty this is like some sort of gospel story or church sermon, lyrically, which isn't my thing, but like I said, again and again, I'm more for the music than the lyrics. Being a double-album, again, that's not really new if you're a fan, but to me anyway, listening to albums that top the regular eighty minutes can grow tiresome, especially if you're listening straight through from start to finish.
It's really hard to argue with the main trio who performs on here, Mike Portnoy on drums, Randy George on bass, and of course Neal Morse on keys, guitar, and vocals. It's hard to argue with the trio's compatibility when listening to tracks like the metal-tinged Time Changer, the bluesy Nighttime Collectors, or smooth jazz elements on Crossing Over - Mercy Street Revisited. The playing contains all of the above, and more mind you, but just has a great, positive vibe to it, a track like Jesus' Blood really just keeps building up and up till a great gospel ending that really just got me on the edge of my seat. Sure, there are still those elements of classic prog bands that show through, Genesis, Yes, Gentle Giant, but they're all performed and outdone by the moments that sound only like Neal. But of course it wouldn't be a Neal Morse album without an epic on it, hence the majority of the second disc of this album, the twenty-plus Seeds of Gold, that does pretty much everything you'd expect it to, it's proggy, somewhat jammy, and really heady and melodic. That epic also has a guest solo from Steve Morse, so just try and mess with that.
Overall, I enjoyed this album, it's not great, I've liked other records Neal's done better, but this one's still a solid release. Definitely more digestible than a record like "Sola Scriptura," and a lot more memorable. Definitely check this out if you're into progressive rock, but if you are, you probably already know about Neal so I don't have to tell you.
Overall Score: 8
Highlights: Time Changer, Chance of A Lifetime, Crossing Over - Mercy Street Revisited, Supernatural
Posted by maskofgojira at 7:12 AM