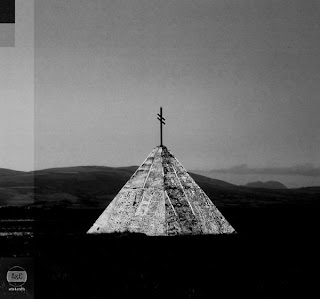 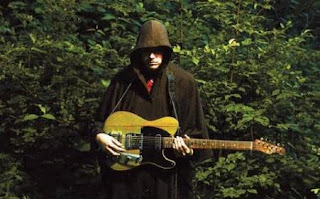 Now, when it comes to the whole folk, and especially blues, singer-songwriter stuff out there, I'll admit that I'm pretty clueless. Watching the man known as Anthony Fantano, or as most known him, TheNeedleDrop, thoughout both this, and last year, I've found some pretty cool stuff. When he mentioned Scott Walker, I knew that I had to check this out, so that's how we got to where we are now.
When I think Scott Walker, I think of something very orchestrated, musically anyway, which is something that can clearly be heard on here. It's a sound that is based on a very subdued sort orchestration that's spacious enough to still make it sound like a band playing, what with the basslines and pulsating drums going on along with the strings, horns, and piano. I don't think Anthony could have put it any better than saying that this album recalls a very 50s sort of sound, recalling elements of rockabilly music, which I'll have to take his word on since I don't know a thing about that style. Tracks like Black Water or Lonesome Hunter really bring that sort of sound that I would definitely associate with hearing singers like Tony Bennett or Frank Sinatra, or something along the lines to what Mike Patton did with his Mondo Cane project last year, in terms of era.
Vocally, I don't think anyone would say this isn't a vocal album, even though there are instrumentals on here, in the sense that these songs rely on vocals to sort of carry the hook. Personally, the vocals are right up my alley, bringing that sort of Walker kind of 60's crooner style that you just don't hear today. As much as I love my metal bands and guys who can scream like no other, I absolutely love a great singer, and this guy can definitely do it well, he has a certain swagger to him as well as being incredibly smooth, hear a track like Too Old to Die Young. At times, and this might just be me, but I hear a bit of Jeff Buckley in his voice, especially during points where he gets this very delicate sort of vibrato going on.
Overall, a really solid album that I really wound up enjoying quite a bit. It definitely is one of those rare albums that comes out, maybe once a year, of music like this that really just captures my love for a good crooner with more orchestral compositions backing them. Definitely look into this if you want some good throwback music, with a great singer.
Overall Score: 8
Highlights: Creep On Creepin' On, Black Water, Woman

Posted by maskofgojira at 9:51 AM