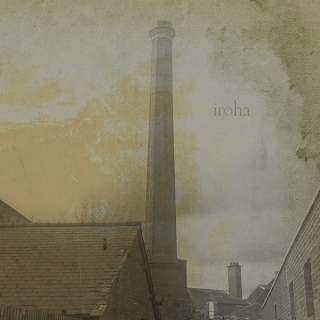 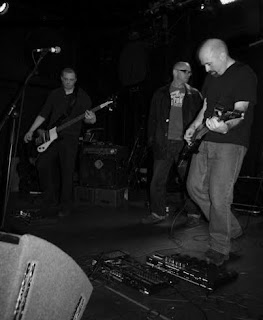 I can still remember the first time I heard Justin K. Broadrick's work with Jesu, I was blown away. His work blended just the right elements to be really crushing and hypnotic but also very melodic and catchy. I'm aware that this project is that of Andy Swan, but I couldn't help but mention the obvious comparison.
I guess the comparison to Broadrick's project Jesu is inevitable, as the two do share a similar take on sound. The very industrial drum machine, loads of guitar layers, soft, nearly whispered, vocals that just float on top of the music, the two are similar. For me at least, the most distinguishable feature, besides the vocals themselves, would have to be the take on atmosphere, both are pretty dark and melancholic, no doubt, but I find that the sound on this record has more synthetic, I guess you could call it, kind of atmosphere, what with tracks like Dreams and Drifted really having this sort of atmosphere that feels so electronic. In a way, I almost hear an 80s and early 90s vibe going on throughout the album, that might just be me though.
Yet, despite all the similarities, I still have to say that Broadrick is the better songwriter. For me, Jesu still has the ups, and it might just be an experience thing, seeing as Jesu has been around for about five years longer and has had plenty of time to craft it's own sound and hone it's songwriting. While tracks like Last Days of Summer and Autumn Leaves have some good moments and such, they don't leave the lasting impact I wished they would. The songs are all good, but after they end, it's hard to really remember what you just heard, unfortunately.
In all honesty, I really wish I could have gotten more out of this record than I did. This just didn't do much for me that I couldn't get from Jesu, so I feel like I have to apologize to people that actually like this record. It's not bad, but it's just not for me, check it out though, you might get something out of it.
Overall Score: 5.5
Highlights: Reminisce, Dreams, Eternal
Posted by maskofgojira at 8:13 AM