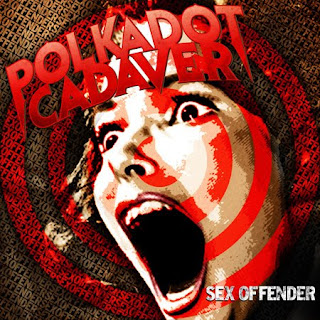 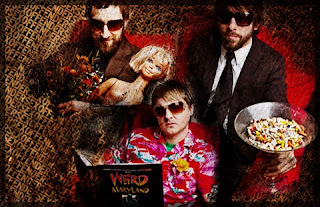 I'm a die-hard Mike Patton fan, I'm sure some may already know that, so it was inevitable that I would eventually find Todd Smith. Through my adventures through avant-garde music I had come across Dog Fashion Disco, and I enjoyed quite a bit of their material, I would have to say I was impressed by the first Polkadot Cadaver album when I first heard it. This, their second record comes four years after that debut, but will it live up to the hype?
This album really starts off to a less frenetic start than its predecessor did, beginning with a more subtle sounding opener before moving into Sea Grave, with it's groovy distorted bass lines guiding the song. This album, in comparison to the band's debut, and their work in Dog Fashion Disco, is much more melodic and straightforward, which is actually a bit of a disappointment as the band has made a name for themselves being Mr. Bungle's more demented and deviant cousin. If you've craved for a more straightforward sound, if only to hear how the band would take to it, you're in for a mix of mainly electronica, nu metal, thrash metal, and a bit of pop music as well all being thrown together into a blender. Maybe it's just the fact that I've come to expect the unexpected and the weirdest metal out there that I feel like the more straightforward approach of songwriting on this album doesn't really do the band justice and really kind of makes this album bland, for the most part, and unmemorable, Mongaloid being a prime example.
Now, I'm probably about to make a lot of enemies here but, I've always viewed Mike Patton as the superior vocalist to Todd Smith. I'm not saying Smith is a bad vocalist in any way, because he is certainly still one of the most versatile in the business and I respect him for that but in terms of performance, I've always felt that Patton had a much more natural authenticity in his screams, the screams Smith uses always seem like their forced and don't feel as natural. The bridge of the title-track, Sex Offender, really hit me as the closest he's ever gotten to sounding exactly like Patton for some reason. His singing voice, on this album, I feel is his best, with his harmonies just hitting that pop-vibe where the choruses on tracks like Starlight Requiem and Stronger Than Weak are just pure ear-candy.
Overall, I have to say that this album did not live up to the debut, or the Dog Fashion Disco material in mu opinion. This album felt way too safe and straightforward for the band, I wish there was a bit more chaos on here, or at least some better hooks. Check it out if you're a fan of the band, but otherwise, it's nothing you won't hear outdone by their debut.
Overall Score: 6.5
Highlights: Starlight Requiem, Cake and Eat It Too, Forever and A Day
Posted by maskofgojira at 9:14 AM