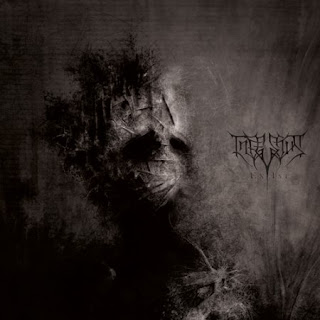 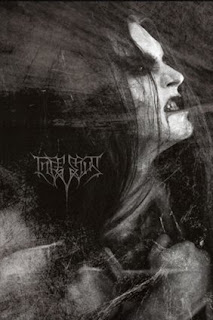 Yes, this review is long overdue, sue me, I've been busy. I've had this album for a little while and just haven't gotten around to actually listen to it until recently. Normally, I don't expect much from one-man bands, but I've actually been quite eager to hear what this has to offer, mainly cause I thought the cover looked pretty sweet.
In my opinion, first impressions can make all the difference when listening to an album, and this thing really gets off on the right foot, in my opinion, with an intro that doesn't suck. Akoasma is almost four minutes long and makes good use of it's time with expansive guitar work and claustrophobic atmospheres and minimal vocals providing just the sort of haunting mood that the rest of this album maintains. As for the rest of the album, if your preferred sounds in black metal are melodic guitar work, expansive soundscapes, vocals that aren't right up front, and the occasional slowed down acoustic moment, you'll be very happy with this release. I wouldn't call this a progressive record, though I believe the songwriting is ahead of many other black metal band, but I would definitely say that the atmosphere on this album is second to none this year.
The sound of this album is very different compared to a lot of other records that I've listened to this year in that atmosphere really dominates the record, but guitars are still very much at the forefront of the mix. It's on a track like the syncopated Torn Observer that I really became intrigued because this is not just another black metal record, there are other influences coming through on here, including death and thrash metal, but it's still a defiantly black metal record. Some moments on here are pretty average in terms of the riffing, but on album closer Descend Direction Void, you really get some almost anthemic sections, which is something I don't usually get from black metal.
Overall, a very good release that should definitely get some people's heads turning and looking at this project. While the concept, or style, isn't original, the performances on here and the final product is very much an authentic and unique sound. Definitely check this out if you're looking for an underground atmospheric black metal band that really doesn't sound like anyone else.
Overall Score: 8.5
Highlights: Darkness Blazing In The Flame of Fire, Mirror Mind Reality, Descend Direction Void
Posted by maskofgojira at 12:53 PM