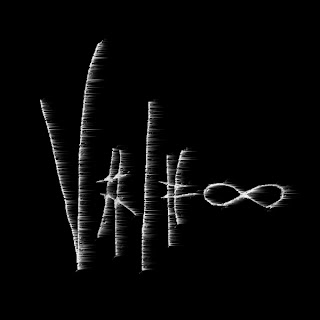 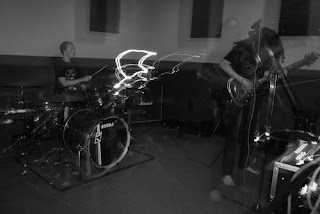 Godspeed You! Vessel I.
Vessel I is a post-black metal group from California. This demo has currently gotten quite a bit of press in underground blogs, which is where I first found it. Supposedly their name was taken off of a Godspeed You! Black Emperor album.
The three tracks that make up this demo sound, and here comes the duh factor, as though they were recorded live. The duo definitely fill up a lot of space, with a very raw and primal sound that suits what's played on here quite well. The buzzing of the guitar that moves from aggressive black metal riffs into more post-rock oriented parts rather fluidly, allowing just enough feedback to build up or use just enough clean sounds to kind of move into the background a little bit, remember this is still a live release, so it's not actaully going to move too far into the background. Vocals are used sparcely throughout this release, rarely actually being used, which adds to the presense that the music creates.
Overall, this is pretty decent release, I'm not really one to indulge in live releases simply due to the fact that studio versions are typically more layered, but this was solid. I'd would like to hear what these guys do in the studio with this sort of sound. If you like atmospheric black metal, definitely check this out.
Overall Score: 6.5
Highlights: From Dust to Astral Void
Posted by maskofgojira at 5:16 AM