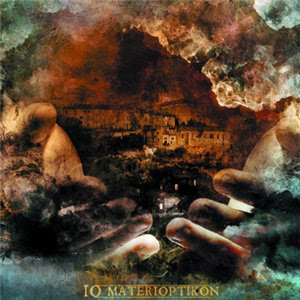 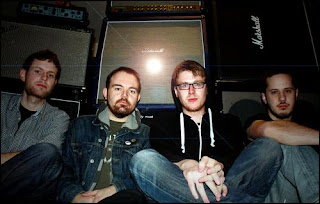 Struck With A Case Of NeurIsis.

IO is a UK post-metal group. This is the group's second full-length record, following their 2008 debut "Monolith." I just happened to discover the group and thought it might be kind of cool, let's see if it is.
One could see the tag atmospheric sludge metal and totally disregard post-metal, but from what I've heard from both genres, they've got to be extremely similar, with very little being different between the two. This band is labeled as atmospheric sludge, but to me they contain just as much of the post-metal sound, so that's where I stand with this band. Though I found some tracks on here to be a bit more proggy than both genres usually tend to be, hear opener Five Ton Man, the sonic comparisons to the post-metal are too large to simply ignore.
While the heavy sections are indeed what most groups cling to, whether coming from the metal or the hardcore end of the spectrum, it was always the softer, more atmospheric sections that drew me to the genre. Tracks like Breathe In The Sea or If You Don't Trust Me, Trust My Beretta offer the more subtle and less distorted approach and are truly where this band shine for me, offering a much more introspective, and in comparison to other groups within the genre, more stripped down approach to playing. While most groups often layer multiple guitars and keyboards on top of each other to form lush textures of sound, this band isn't quite that "ambitious," so to speak, as they use maybe three guitars at most within these softer sections instead of multiple, which does give those sections a bit less impact than usual, but really allows the record to feel more live. By the way, that's not to say there isn't synthe on this album, cause it most definitely is used.
Personally, I found the vocals on this album to hinder it the most, while they don't appear that often, they don't really appeal to me. They're done in a hardcore-like yell which isn't really my bag, but it obviously fits with the genre's influence from that scene. I can't say much of the music ever really recalls to the hardcore scene however, most staying comfortably within the post-metal or prog rock worlds.
Overall, this was a decent album that had some cool moments. It wasn't the most unique or original album I've ever heard from that scene, but it was alright. If you like post-metal that feels a bit more live and, to an extent, raw sounding, definitely look into this.
Overall Score: 6
Highlights: The Serpent and The Rainbow, Silent Hymns In The Dark, This Is Where The Cat Lives
Posted by maskofgojira at 8:07 AM