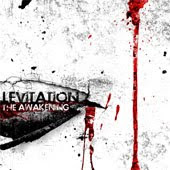 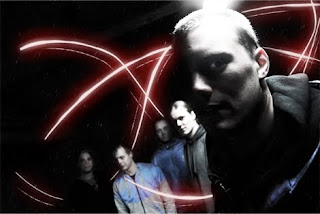 Levitation is a tech metal/metalcore group from Denmark. This is the group's second EP, following up a well-received debut EP back in 2008. This EP is also the first appearance of new vocalist Sebastian Beronius as well.
This EP is composed of four short songs each around four minutes long, the style is progressive metalcore, or tech metal. These guys obviously channel that modern metal sound where Meshuggah is obviously a big influence, but also take the Swedish melodic death metal influence as well and mix it in. The opening track, The Sharpest Tongue, sounding like an early metalcore song, think early Killswitch Engage or Unearth. While I wouldn't call this an original sound, it's performed well enough on here to not make me cringe.
While most songs on here feature a heavy melodic death influence, the production of the record hints more towards that Meshuggah or djent sound. The guitars are obviously 7-strings due to the players tendency to use that lower string for their more groovy parts. Besides that, I don't think that there's much that really sticks out as bad or good, most of it is kind of average modern metalcore, and unfortunately it doesn't really go beyond that.
Overall, this is a bit of a sub-par record due to it's lack of originality. I don't think I'm getting what other people are hearing here, but I guess that's just the way it works sometimes. If you like groovy tech-metalcore, feel free to check these guys out, but there are better metalcore groups out there.
Overall Score: 4
Highlights: Ascend From Ashes
Posted by maskofgojira at 7:53 AM