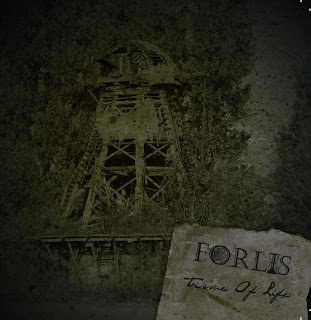 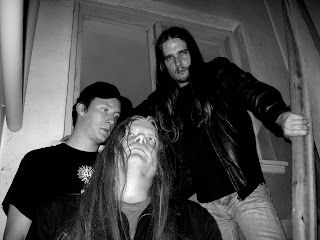 The Short End Of The Stick.

Forlis is an ambient/atmospheric rock group from Denmark. This is their debut full-length, following several demos over the past few years. This album certainly threw me for a loop, and if you check it out, it might throw you for one as well.
I'll start this by saying that when I first got this album, I was under the impression that it would sound like post-metal or doom metal, to which, this could disappoint those who approach it with a similar impression. This is definitely not a heavy sounding record in the least, it contains more doom-like roaring for vocals, but the music behind them is far from metal. Most of what is on this album could be seen as ambient or atmospheric rock music, very rarely going into anything that sounds remotely like metal.
Most of the instrumentation on this record is made up of is quite varied, you have your drums, bass, which is actually quite jazzy throughout the entire disc, and vocals, but beyond that, it runs the gambit from track to track. Besides the three main instruments, you could anything from clean guitars accenting the background to nothing but keyboards creating the ambiance, to more folk inspired acoustic guitar parts. There are songs on here that could be seen as almost pure ambient-meets-post-rock, with black metal vocals, hear opener Whitewood, a haunting piano dominated piece. This is most definitely an ambient record first and a rock/metal record second, if even that.
It isn't until the track five, Predicted to Lead - Doomed to Fail, where any sort of rock becomes prominent, and it's hard to even call it rock at that. This track in particular is dominated by the three instruments mentioned above, but has an almost industrial sounding synthe melody played throughout the song which is what gives it a bit more of a heavier edge. Released is another track that might appeal to rock fans thanks to it's more country-esque sort of sound.
Overall, this was actually a very interesting record that can really test the patience of a listener, if they expected this to be metal/rock. This was something completely different than what I expected, or wanted, it to be, but I ended up enjoying this quite a bit. If you like ambient music, definitely check this album out.
Overall Score: 7.5
Highlights: Sick Man Pleading, Predicted to Lead - Doomed to Fail, Released
Posted by maskofgojira at 11:16 AM