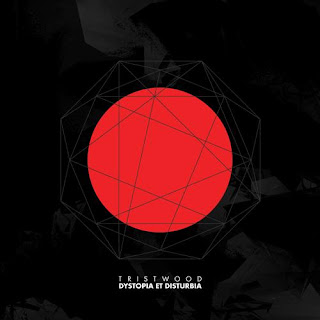 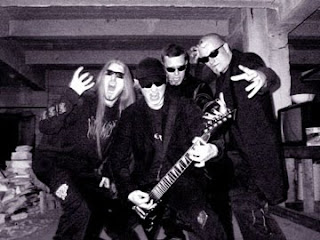 Tristwood is an industrial death/black metal group from Austria. This is the highly anticipated follow up to the group's 2006 album "The Delphic Doctrine." I'll admit that I'm not the biggest fan of this group, but I was recommended it by a friend and thus, here's what I got out of this.
This is not a typical industrial metal influenced record by any means, blasting forward with some of the most intense death metal, not brutal death mind you, to come out this year, this album knows how to get the ball rolling. This record is aggressive, hard-hitting, and intense, three things every death metal band should have, and yet it's here where I find it most poignant. This entire record just doesn't ever slow down, most of it being an brutal slab of guttural growls, blast-beats, and fast, tremolo riffing. I honestly don't even know how this drummer can even stand up after playing even one of these songs with how fast he's playing.
Seeing as how I just described this record as being extremely intense and brutal, you might be wondering where the industrial part comes into their sound. Tracks like the opening title-track, Dystopia Et Disturbia, or Irreversible feature elements of electronics in their intros, but then immediately burst into grind mode. It's underneath all the pounding death metal where atmospheric textures and industrial soundscapes lurk and add that something that makes this band sound so mechanical and robotic. The production also has a very modern sound to it, giving this record a very sleek and pristine feeling to it.
I'd say the few problems with this record that I have are probably what most fans love about this band. I found that after a while, some of these songs started to sound the same, they never blended together, but there were just too many similarities between each track and at times they began to feel a bit same-ish. With all the blasting going on, it can be difficult to make out what the guitars are doing at times, hear Chamelicon Bizarre for some really cool black metal riffs. I think that if the band maybe slowed down just a bit, or at least put the drums just a bit farther back in the mix, this record could have sounded a lot better.
Overall, I'd say that this is a very solid record with a lot of positives, and only a few negatives, but that's all for me. I'd say that if this band honed their songwriting a bit more, they could write a great record. If you like brutal and intense death metal, with a bit of a modern sound, this is the album you're gonna wanna hear.
Overall Score: 7.5
Highlights: Vulcanus, The Black Room, The New Acid Bath
Posted by maskofgojira at 7:50 AM