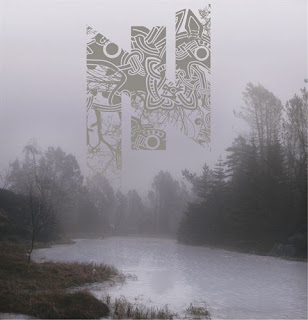 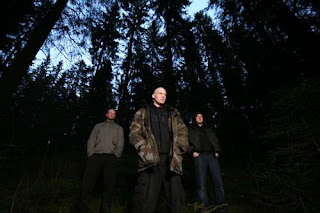 Nidingr is a black metal group from Noway. The group, despite having been formed in the mid-90s has only released one record prior to this one five years ago. This new album is also the first black metal record being released by Jester Records, whose founder, Garm, is one of the leading figures in experimental music group Ulver.
Despite being a rather short album, only twenty-two minutes in total, the album moves through elements of traditional black metal, more viking-esque passages, and bits of early 90's death metal. It also manages to land some creditability thanks to big names such as Hellhammer (Mayhem, Arcturus) who plays drums on the entire album, and Garm (Ulver, ex-Arcturus) appearing on a track, Baldrs Draumar. In short, you essentially have a black metal record featuring some big names in the genre that won't take you that long to listen to.
This album practically oozes that traditional sound that fans of the old-school black metal way of doing things will most likely devour whole-heartily. Personally, I was hoping for something a bit more experimental or progressive sounding since it's coming out on Jester Records. I can't say that what I got disappointed me, but I found most of this to be more middle-of-the-road sort of stuff, it's solid, but nothing really new or original sounding.
Overall, I found this to be a solid piece of material, but it didn't really satisfy my need for a record in the experimental vein as I had hoped it would. While I didn't enjoy this record a lot, I could see how many people could, as it is pretty intense and quick paced. If you like black metal's older work, early 90's style, check this out.
Overall Score: 5
Highlights: Baldrs Draumar, Hymiskvitha
Posted by maskofgojira at 9:14 AM