Odyssey - Reinventing The Past 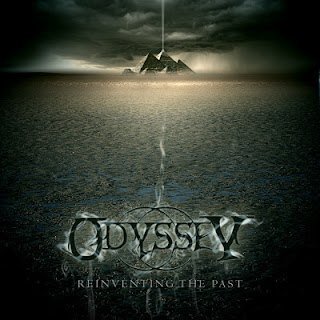 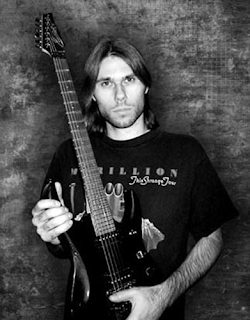 Odyssey is one of the (once) many projects of Swedish multi-instrumentalist/producer Dan Swanö. This is essentially a reissue of the Odyssey EP that was released back in 1999 with a bunch of covers. While this features no new material, or any original that is, fans of the man will no doubt find this to be a solid release none the less.
On this album you'll find the three original tracks that made up the original Odyssey EP and seven covers from artists that Swanö has cited as influential on him, or he just wanted to do. Covers include the likes of Depeche Mode's Shake The Disease, Candlemass' At The Gallows's End, and Cherry by UFO. Being one to not have to rely on others, this album was recorded, produced, and performed mainly by Swanö himself, with a few guest guitarists contributing leads here and there as well.
Honestly, when it comes to the covers, these are all, for the most part, all great songs on their own, and Swanö does a great rendition of them. I can't really say any of these songs are bad at all, with tracks like the Candlemass and UFO covers being classic songs by those groups. I mean, of course, these songs are made a bit heavier than originally, and sound maybe a bit better for the most part because of it, but it's pretty straight up, not really changing things up too much.
The three original tracks don't really differ from their original forms, but sound a bit more polished in comparison. The tracks showcase a bit more of the prog-metal side of Swanö before he went completely jumped onto it in the 2000s. For those that never heard this project, these three songs are actually quite well done, while they don't have the more AOR prog-rock of Nightingale or classic prog-death of his solo record, this is certainly heavy while utilizing clean vox only.
Overall, I can't really complain about this album too much, great songs, great sound, great musician. Personally, I would have liked to hear a new song or two from this project on here or some new material in general, but for what it is, nothing is wrong with it. If you like classic rock or metal, for the covers, or you're just a Swanö fan, definitely check this out.
Overall Score: 8
Highlights: In The Heat of The Night, Shake The Disease, I Am Two
Posted by maskofgojira at 8:03 AM