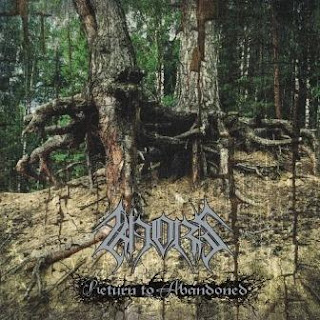 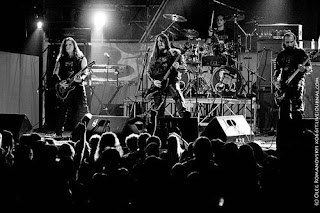 Not Really A Return, An Improvement.

Khors is a progressive black metal group from the Ukraine. I originally discovered the group through my father, who watched their video from their last album, that song made me take a look at their material. This is their fourth album and the first without longtime member Nort on vocals and guitars.
Much to many people's dismay, most likely, this album only raises the amount of progressive influences on this record from their last. It appears that with every album these guys release, their progressive edge brings them closer to groups like Enslaved, which isn't a bad thing at all. This album really brings a lot of the band's signature sound with a much higher inclusion of experimentation.
Keyboards have become increasingly more prominent in the band's sound since their second album "Cold" was released, that's when it became more apparent in songs that they were there. Several tracks on this album have what could be considered Children of Bodom type of keyboards going on, not neo-classical keyboard solos, but a similar vibe. I would say that the keyboards on here, for the most part, bring a much more atmospheric vibe to the band, though I won't deny their odd soloing on the end of Asgard's Shining. For the most part, I'd say the keyboards only enhance the band's sound, which by itself is a more progressive take on melodic black metal. To put it bluntly, if you stripped away all the keyboards, you'd still have a solid melodic black metal record here.
The songs on this album are very well constructed and very interesting. Though Nort, who up till his departure, was the main songwriter and lyricist, these are some of the best songs the band has ever come up with. The musicianship on here has also been raised to the next level, with tracks like The Fog (...and Grief Still Moans) and Mysteries Cosmos showing some great soloing while the songs themselves are quite memorable. The band don't use the most catchy riffs on here, but entire songs are actually really good and memorable and are worth coming back to. I have to say that the soloing on here is actually one of my favorite things, there are some really great ones on here. But honestly, this record just gets better with each listen, it's good the first time, but it only improves after that.
Overall, I'd call this record a success, a good mix of progressive elements into the band's more melodic black metal sound. I honestly find a lot of bands from their neck of the woods to be a bit average at best, but these guys are rising stars and I wish them the best of luck. If you like progressive metal or melodic black metal that's a little experimental, definitely check this album out.
Overall Score: 8.5
Highlights: Lost Threads, The Fog (...and Grief Still Moans), The Seas Burn of Omnipotence
Posted by maskofgojira at 8:57 AM