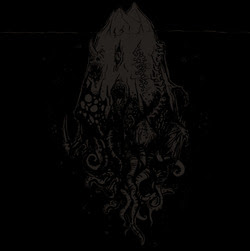 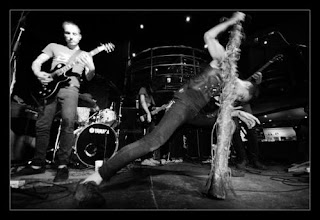 The Brutal Assault Of Winter.

Ensorcelor are a blackened sludge/doom metal group from Canada. This is their first recording and is supposedly only a sample of what's to come on their full-length. I found out about this group once again through the underground blog, Lurker.
The three songs that make up this EP are pretty lengthy tracks that definitely give you your money's worth. Two of these tracks top ten minutes, supposedly the full-length is supposed to be made up of tracks that top the twenty minute bar. But onto the music, this entire disc is filled with a raw, highly doomy sound that really encapsulates the harsh and brooding sound of winter without having all the cheesy artwork and keyboards. The easiest song on here, by far, would be the shortest one, Sleep Forever In The Brine, to get into, so if you're hesitant to listen, try and start with that.
I found something to strike me as odd within this rather short release, and that thing was the amount of talent that this group has. I'll admit that there's been more than a few doom releases this year that have gotten on here that I've been a bit generous to, they didn't really have a wall of sound or the riffs that really get me into the genre, this has both. There are several moments on here where a riff sounds like it came straight out of the Sabbath playbook, but it still maintains that very raw and primal black metal vibe. Surges of feedback also move in the background as if to make this thing sound even more brutal, often moving upwards before being cut off and letting a new riff begin.
Overall, I can't give this a higher recommendation, this is one of the best EPs to be released this year by far. While I won't say that this band is totally original in what they're doing, they have an enormous amount of potential. If you like doom, sludge, black, drone, ect. definitely check this EP out.
Overall Score: 8
Highlights: The Even Doom
Posted by maskofgojira at 12:07 PM