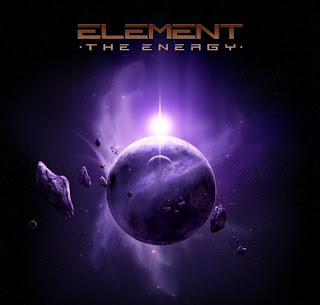 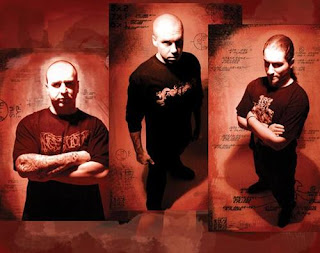 Into Realms Of Higher Death.

Element is a technical/brutal death metal group from California. This is the second album from the group, and was, as far as I know, and I could be wrong, composed mostly by Mason Gregory. I first encountered the group during my death metal phase where I was looking for something a bit different.
Immediately, this album marks a slight shift from their debut album, the intro track, Circle of Ascension, includes bits of ambient and fusion into the death metal. While the previous record had it's moments of jazz influences shown here and there, the infusion of clean guitars and more spacey ambiances behind the brutal death metal are new territory for this band. I found several of these more spacey bits to reminisce of a group like Animals As Leaders or even the Deftones within their atmospheric backgrounds. There is also a higher prominence of melody on this album, with tracks often containing very melodic solos and even memorable riffs, something that I, personally anyway, don't find a lot of within the tech-death or brutal-death genres.
With all the above ringing true, this still a brutal death metal band, as songs like the title-track, The Energy, or Centipede will show you, this band can still pack a punch. A lot of riffs, no matter how progressive or melodic a song is, will always be interspersed with more brutal and traditional sounding death metal riffs. The vocals on here are still brutal and fairly monotone sounding, which doesn't exactly fit for how diverse the music on here is, but it's still good for what it is.
Due to the spacey nature of the lyrics, I found the music to really fit with it. The debut had some moments that fit into a more sci-fi kind of concept, but it didn't really do anything for me, this album on the other hand was much more experimental and adventurous, making use of more atmospherics that really allow for more spacey worlds to be painted during the listening experience. While I'd have to say that some of the transitions were a bit bumpy in a track like Into The Everdark, most of this album didn't really have that problem and really demonstrated a large push into progressive territory for this group. Hopefully the next record will see even more expedition with this sound.
Overall, I have to say that I really enjoyed this record and didn't expect it to be as progressive as it turned out to be. Having heard their debut and being only mildly impressed with it, this album really turned me into a fan of this band. If you like progressive death metal that still has plenty of brutal parts, give this a shot for sure.
Overall Score: 8
Highlights: Vexed, A Gesture From November, Dreaming Forever
Posted by maskofgojira at 12:38 PM