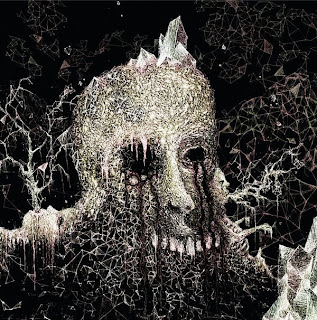 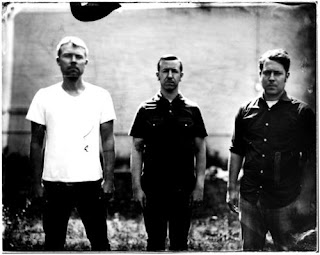 Beyond Noise, Beyond Worlds.

Locrian is an Illinois based ambient/drone group. Since the group's inception back in 2005, they've been incredibly prolific and have released several albums and splits in just this year alone. This album has gained a large amount of praise from underground blogs and sites, so this is what I think of it.
This is my first experience with this group and from this album, they are certainly a diverse one. I had little to no expectations going into this and when this album opened, I thought I would get hit in the face with noise; but instead, a low drone came out and gradually built an ambiance out of the entire track. The entirety of that opening track surprised me, Triumph of Elimination was a hypnotic cycle of low drones and soft noises coming in and out of the track. This one track would be the first of six tracks that would lead me into becoming completely enamoured with this group, and this album.
This album is a total experience, moving from what could almost be considered post-rock beginnings and evolving into much more elaborate drones and soundscapes. Each track just brings something new and exciting to the overall sound picture that this album ends up painting in front of you. There are certainly times where this music does fall into the background however, as the beginning of Pathogens will attest, but even that track steadily makes its way into the foreground by bringing in more harsh noises, bassy drones, and impressive drum fills.
As far as how the production is, I'm not sure how much I can say, I'm not afraid to say that when it comes to drone, noise, or ambient music, all of which I do indulge in from time to time, my knowledge is fairly limited. What I can say is that each of these tracks has a very distinct sound to them, to the point where there is a clear line between each of them so it doesn't sound like an indefinable mass, not a single song. This created not only a better head space for myself at least when listening to this, but it allowed me to better focus on the individuality of each track without trying to hear all the similarities between tracks that just lead into one another. I have to say that this is easily one of the most engaging drone releases I've ever heard, remaining consistently interesting and unique all the way through.
Overall, I really enjoyed this album and I can only say that what press I've read about for this album has only been correct. I'm only adding more fodder to the fire here, but this is a great album. If you like experimental music, definitely check this out.
Overall Score: 9
Highlights: The Crystal World, Obsidian Facades, Elevation and Depths
Posted by maskofgojira at 10:55 AM