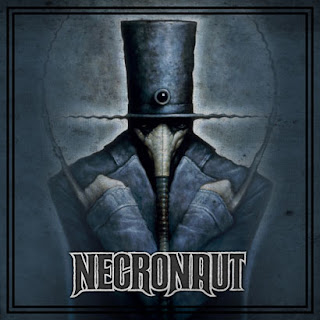 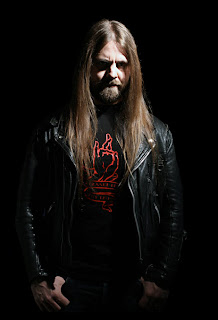 Necronaut is a death metal project from Sweden. Formed by former Dismember, and many other groups as well, drummer Fred Estby and this is his first record under that name. This album features many guests on it that long time death metal fans will no doubt be pleased to hear.
If anyone needs proof of this being an old-school, back to basics, death metal record, just look at the line of guests that appear on here. The list includes the likes of Chris Reifert (Autopsy, Abscess), Andreas Axelsson (Edge of Sanity, Infestdead), Tomas Lindberg (At The Gates, Disfear), Uffe Cederlund (Entombed), and Nicke Andersson (Dismember, Entombed) just to name a few. If you ever wanted a true sounding old-school death metal record to come out from a new band, this has got to be everything you're looking for.
Musically, I think it's pretty much everything a fan of the old-school could ever want, it's crusty, dirty, brutal - without the core mind you, and sounds like it was made by a fan of the old ways. This is pretty much a straight ahead Swedish death metal record, made in the vein of how they did it in the olden days, as tracks like In Dark Tribute or Infecting Madness will attest. I also feel that the production also does this record proud in that nothing sounds overly compressed or produced, it stays pretty gritty, still giving the guitars that bite that is lacking in a lot of modern bands, from any genre of metal, not just death metal.
However with all the above remaining true musically, there are a few tracks on here that recall a bit of old-school heavy metal, classics like Iron Maiden and Black Sabbath are included in Necronaut's influences along with Venom and Bathory. Tracks like Soulside Serpents feature clean vocals done in the old-school thrash/heavy metal style, which may not be too death metal, but it still sounds great. The hints of 80's thrash metal are also injected into even the death metal tracks, giving them a feeling of urgency.
Overall, I really enjoyed most of this album, with the exception of a few tracks, this is a great old-school death metal album. I personally love the sound of primitive sounding death metal, one of my personal favorites, and it seems to be a dying art in today's modern sounds, but this is great sounding. If you like old-school death metal, in any way, definitely check this out.
Overall Score: 8
Highlights: Soulside Serpents, After The Void, Rise of The Sentinel
Posted by maskofgojira at 6:54 AM