Spirit of The Forest - Kingdom of Despair 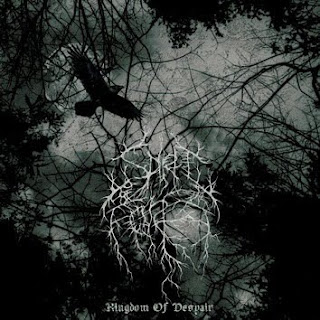 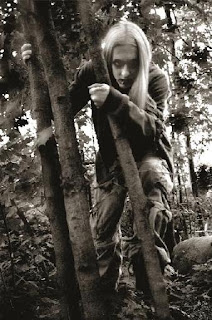 Spirit of The Forest is an atmospheric black metal band from Canada. This is the band's second full-length record, and one that's traveled under a lot of people's radar I think. I first heard of this band through a compilation someone had made on youtube, impressing me enough to get their debut.
I'll say this right off the bat that this is a long album, with fifteen songs, reaching just over an hour in total. Luckily, these songs, for the most part, range around five minutes, and are actually intriguing. There's enough within each track to kind of keep this album entertaining through the entire album. Now, this is just a guess, but taking all the song titles, album title, and overall length, this could be a concept album, but that's just a guess.
Make no bones about it, this is a black metal album, but it crosses into so many other territories, while the first album was certainly atmospheric, this one is even more diverse. Each track includes little bits, obviously styles aren't always crossing over one another, but there's something different that happens in each track to make it interesting. Elements of the more atmospheric stuff happen on here, as well as inclusions of folk music, psychedelic rock, and even what could be seen as a bit of melodic death metal, as well as some other stuff as well, the two part track, Battle of The Northern Sea, is where some of these are best showcased. Interspirced between the more aggressive tracks are short interludes where the folk influence really comes out, and while some are kind of ignorable, there are a few, namely A Shining Forest, where it's just fantastic sounding.
The musicians playing on here are very competent at their instruments as well, and the production highlights that on each track. While the bass, in black metal, is never extremely prominent, I could hear the bass clearly throughout this entire album, and it was never overpowering. The guitar playing is very aggressive for the most part, but also very melodic enough to latch onto right away. Another plus for the production is how sore subtle details can still be heard, like the acoustic guitars used on Blackhearts. Even the vocals on here are well done, they stick to a regular black metal scream for the most part but do branch off into some more death metal growling and occasional clean vocals every so often as well.
Overall, I have to say that I really enjoyed this album, it really surprised me as to how much I ended up liking it. Besides being pretty unique within the scene that these guys have been put into, this album is also quite catchy, having quite a bit of replay power on it as well. If you like black metal, definitely look into this album, you won't regret it.
Overall Score: 9
Highlights: Animosity, Blackhearts, Solitude, Way Towards Release
Posted by maskofgojira at 6:52 AM