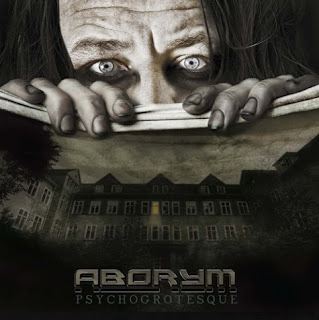 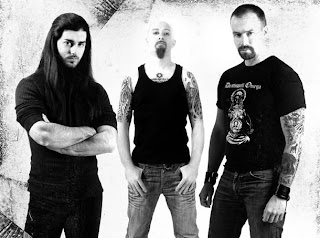 Aborym is a progressive/industrial black metal group from Italy. Throughout their history they've been involved with several members that are well known within the black metal community including drummer Faust (ex-Emperor) and ex-vocalist Attila Csihar (Mayhem). Coming four years after the well-received "Generator" album, this new album demonstrates even more experimental tendencies.
I'll avoid going into the concept of this record, as I'm sure if you're a fan you either already know about it or you'll just find a better description on another site. But onto the music, as stated above, as well as common knowledge if you're an older fan of the band, this album is one of the industrial black metal genre. Taking hints from elements of techno, martial industrial, ambient, and other odds-and-ends electronic sounds and soundscapes and adding them into the mix. With their previous record, "Generator," the band had focused on the harsher, and more industrial elements within their sound, creating an album that is considered to be one of the better blends of black metal with industrial music, often blurring the lines between the two on that album.
This album is considered a bit more of a return to form for the band, definitely taking those electronic sounds and influences but remaining firmly rooted within black metal. Sure, there are more than a few tracks on here, IV or VIII, where the band uses almost no metal at all, but then there are tracks like III or VII that just have rapid fire drumming and bursts of aggression. So while fans of the band's more electronic side may not find this as digestible as the some of the last album's songs, but it will certainly intrigue those with an open mind.
But like I said in the beginning, this band is also beginning to take hold of more progressive influences. Band leader Malfeitor Fabban has expressed not only expressed the progressive genre as an influence but has even stated that he sees those influences popping up throughout the entire disc. Making use of saxophone and lirica throughout the album while still maintaining a uniquely electronic, or futuristic if you will, sound that isn't matched by their contemporaries of today. When the band are able to switch from trance-like synthe leads to more atmospheric and symphonic backdrops at the drop of a hat, I don't know what else you'd call it. I don't even think you can doubt how making an entire album that flows together isn't progressive in once sense or another.
Overall, this album just proves how far ahead Aborym are compared to newer bands mixing electronic music with black metal. This band is obviously one that people should at least have some sort of respect for, whether they like them or not, for their take on the genre. If you like electronic music or experimental black metal, definitely check this album out.
Overall Score: 8
Highlights: III, VI, X
Posted by maskofgojira at 6:51 AM