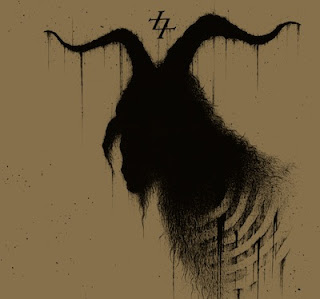 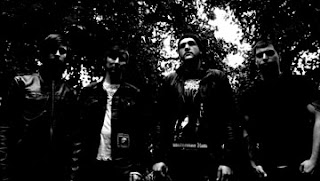 The Goat Meets The Grind.

The Secret is a black metal/grindcore outfit from Italy. This is their third full-length record, calling in elements from both genres and others. Being my first meeting with the band, I have to say that this style is one that is quickly becoming one that I find more and more unique bands within.
The mixture of grindcore and black metal is a combination that I've only recently gotten acquainted with, having knowledge of Anaal Nathrakh exclusively for some time. The blending of black metal atmospheres and tremolo picking with aggressive hardcore breakdowns and the frantic and sometimes spastic nature of grindcore is one that really fascinates me. However elements of sludge and post-rock have also been mentioned as sounds that this group includes within their sound, which is very clearly heard within the opener Cross Builder.
After that opener however, the rest of the record bursts into full-throttle and rarely lets up, going into a grindcore dominated sound. Very few tracks that make up the middle, and the bulk of this record, top three minutes, so they retain that aggressive and fast-paced nature of grindcore. Tracks like Where It Ends and Eve of The Last Day couldn't even be called black metal, as they are so quick and frantic sounding that it can be a bit hard to tell what's going on entirely. But when the band bust into a groove or a slower section, they really hammer it home, giving you more than enough reason to bob your head.
I found the slower sections, hear Bell of Urgency, to be much more enjoyable and entertaining than the fast and grinding songs. It's on songs like this one where the band make a great mix of doom, sludge, and black metal and just lock into a groove that gets you moving. Closer 1968 is where the band manage to pull the grinding speed and mix it with some slower moments, while it's not done in the most creative fashion, it does differ from other tracks on here enough to make it standout.
Overall, this is a decent record with some cool riffs and some decent songs, but not as memorable as some of their contemporaries. I still think that this is a cool band, but I like some other groups that are mixing grind and black metal together a bit more. If you like those two genres however, go right ahead and check this out.
Overall Score: 7
Highlights: Double Slaughter, Whethermen, Bell of Urgency
Posted by maskofgojira at 10:16 AM