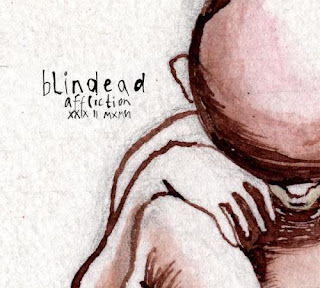 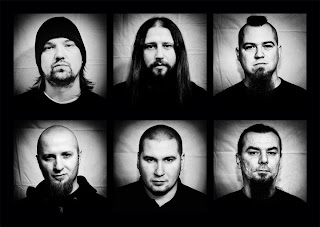 Blindead are a progressive sludge/doom metal group from Poland. This is their third full-length album coming off the tails of an EP last year, "Impulse," and 2008's "Autoscopia/Murder In Phazes," album. This new album takes their sound into even more adventurous and forward thinking realms than their previous ones have.
Even when I was just skipping through little parts of this album before fully listening to it, the biggest difference between this album and the band's previous work becomes apparent. This album is much more melodic and soft sounding compared to the more sludge or doom sounds that were used on their past two full-lengths and EP. This album contains much more post-metal/rock sounds on it, integrating more clean guitar work into the mix, both on its own as well as in conjunction with the heavier ones as well; on the title-track, Affliction XXIX II MXMVI, the band even make use of acoustic guitars, managing to channel an almost folk vibe when used.
However, the band still make use of their trademark work on here as well, so don't fret that they've gone soft or anything. Opener, Self-Consciousness Is Desire, is heavy and brooding, recalling the band's older effort's more aggressive sounds, After 38 Weeks has the band's more spacey sound effects being used to full effect as well. The more droning experiments the band took on their "Impulse" EP last year also make some appearances on here, showcased within Dark and Gray. The band even manage to make use of a lot more dissonance, not unlike that used in a bit of mathcore, but not as fast, hear the end of My New Playground Became.
But it's in the band's more experimental and ambient sounding track that I actually found myself more fascinated with. When the band get soft, for the most part, they incorporate a lot of different elements from the synthe work to the guitars themselves, even the vocals can make use of effects that end up just creating a very unique sounding atmosphere. There are just so many layers and textures that move in and out of these parts that it can just take you to another place, or state of mind.
Overall, I found this to be just another step forward for this band, and while I didn't dislike their previous work, I enjoyed this one a lot more. I could see some being turned off seeing as the band's older material was a lot heavier, but this is honestly one of the most original sounding post-metal record to come out, I could see these guys taking Isis' place at the forefront of "thinking man's metal" if they continue on a path like this. If you like progressive, post-metal, sludge, definitely check this one out for sure.
Overall Score: 9
Highlights: My New Playground Became, All My Hopes and Dreams Turn Into, Affliction XXIX II MXMVI
Posted by maskofgojira at 9:49 AM