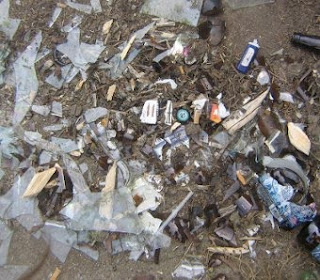 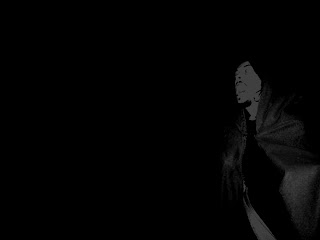 Mania is a black/doom metal project from Oregon. Since the project's formation back in 2004, main brain Nate Myers has released one previous full-length and several splits and demos. This is his second full-length, three years since his debut, "The Death of Birth."
This album essentially takes straightforward black metal, doom metal, and ambient music, and blends them together. Within each of those three genres is an abundance of sub-genres, which actually manage to get pulled into here as well. While I'd never call this album progressive, it is certainly adventurous and exploratory. There are moments on here that are blazing blast-beats while other parts focus more on clean guitar lines with more atmosphere.
About half of this album is essentially a black metal record, the kind that has a lot of pounding double-bass and blast-beats kind, while the other half features a slower melancholic sort of tone, the doom stuff. If you haven't guessed by now, it's the cleaner, more soft moments that I find more intriguing about this project, as with a lot of other groups as well. It's in tracks like Lostness and Confusion where the two, heavy distorted black metal and melodic post-rock, combine to ultimately make the song. There's a pretty big post-black metal/blackgaze vibe going on inside as well, with tracks often combining more clean, or acoustic, instrumentation with more distorted, like in the track mentioned above. I'm sure it's also pretty obvious that more experimentation occurs in longer songs, about half the album's songs are under four minutes, while the other half is all over six, you could pretty much deduce which half is which.
The production on here is a hit-and-miss with me unfortunately, with most tracks it works, quite well actually, giving the music a nice raw sort of quality without making it lo-fi. Tracks like Getting Nowhere which rely more on speed and aggression really thrive on that sound, and even a more experimental track like Suspense works well with it. There are quite a few times when feedback actually makes its way into a track, though it's not a major part of any song on here, it works well enough. However, I found that some tracks, especially some of the opening tracks, Numbing, it kind of felt a bit weaker and less effective.
Overall, I'd call this a nice, solid record, it has some really cool tracks that really stick out, but there are others that just sort of fall into the gray. This isn't one of the best record to come from black metal this year, but it stands out none-the-less. I would consider checking this out if you like black metal that isn't too left-field, but a little adventurous.
Overall Score: 7.5
Highlights: Lostness and Confusion, Primal Instincts, Suspense
Posted by maskofgojira at 10:32 AM