Gates - Moths Have Eaten The Core 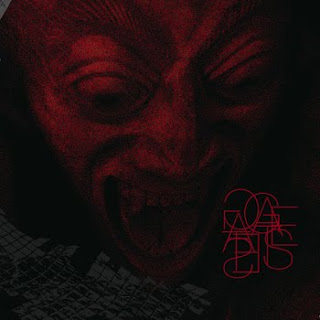 Drawn Out Into The Void.

Gates is a blackened doom/drone metal act from Canada. I've been aware of this group's presence in the black metal scene for a little while but just decided to kind of ignore them. This is me finally getting around to checking them out.
Three songs, all of them quite lengthy, is what you can expect when you first see this record. Certainly not an album for people that like some speedy riffs and melodic solos, this is a long, winding road of ambiance and drone. I don't want anyone to go into this record expecting to get headbanging stuff, this is more for the late-nights where the rain is coming down, more heady and all-around encompassing material.
Sound wise, as stated above, this record combines long, distorted drones with heavy dark ambient moods and the occasional black metal part. I couldn't really get into putting this record on when it was sunny and almost summery, it's obviously not at this point in the year, but found it more suitable when it was pretty dark and bleak outside, really encapsulating a desolate and empty sound. While the opener, Outer Labyrinth, is very winding and filled with a more ambient feeling, the centerpiece, and shortest track, Inner Labyrinth, has a much more Sunn O))) "Black One"-era kind of vibe to it, with loads of feedback and droning riffs sending waves throughout the entire track.
It's during the epic album closer, Dust of Absence, that everything comes together. Combining and disassembling everything that the previous two songs build upon and reshaping them is essentially what I found this track to be. There are certainly heavy droning sounds throughout the entire track, but there are moments where it breaks down into nothing but ambient soundscapes with almost nothing going on. It's certainly not an easy track to really get into, believe me, but it's unique in that it doesn't rely on what a guitar or bass does, essentially combining the sound of a droning riff and just morphing them into the longer, almost non-human, vibes that a synthesizer uses.
Overall, this was an interesting record that was an experience to listen to. I don't think a lot of people will be able to get into this simply because of how non-metal it actually is, but once again, put it on during a rainy night and just let it take you on a trip. If you like drone music, or dark ambient for that matter, definitely check this album out.
Overall Score: 6.5
Highlights: Dust of Absence
Posted by maskofgojira at 11:33 AM