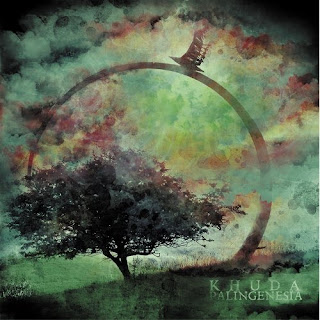 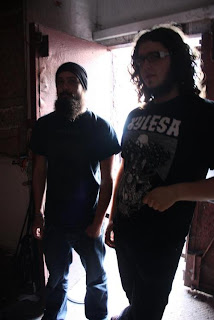 Khuda is a post-metal/rock duo from the UK. The duo has released two EPs before this album, and have steadily been rising in their scene with each successively growing more and more unique. The duo's sound has drawn comparisons to groups like Russian Circles and 5ive.
Surprisingly this album opens with a rather melodic intro, shooting away any impression of this have the same sort of vibe most groups have. I can fully attest to these guys being part of that scene, as the more moody and soft sections of their sound often are more like their contemporaries and they often build to achieve a more epic conclusion, but these guys seem to have a larger capacity for melody in their sound. Even when they get heavy on here, it's still quite accessible for the genre. Being an instrumental duo, I can imagine this setting them apart from many other groups doing a similar post-metal/rock thing.
Like I've said before, the mellow parts are what tend to really get me within the post-metal genre, and like the IO album being posted today, the mellower sections certainly feel a lot more stripped down and less textural in comparison to other groups. However, unlike IO, this band manages to make their heavier sections flow and sound a lot better, hear Black Waters. These songs are much more fluid and structured sounding, moving from heavier sections into softer ones and back effortlessly throughout the album, all the while never making it seem as boring as it actually is, when written down. A track like Khuda is also proves to show the band utilizing a bit more of a sludge-based sound which is pretty refreshing at that point in the album.
The songwriting on here is quite solid as well, often making use of several riffs throughout any given track that really just catches your attention. This is a relatively short album, and every song is pretty good at never seeming as long as it actually is, often going through enough changes to appeal to any listener without getting boring. Every section feels like it belongs, never getting overly repetitive or short, riffs come in and come out, same with melodies, they're enough to catch your attention and maybe stick in your head, but then they leave, only giving you a craving for more.
Overall, I found this album to hold quite a few entertaining bits. While not overly ambitious or original sounding, what else is new here, I did think these guys had an interesting take on the genre. If you like more melodic instrumental music, or post-metal/rock, definitely check these guys out.
Overall Score: 7
Highlights: Laleh, Khuda, Anteaus
Posted by maskofgojira at 9:54 AM