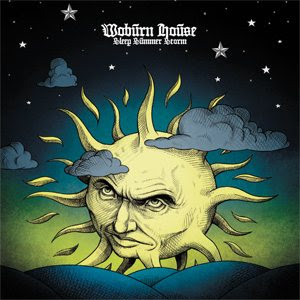 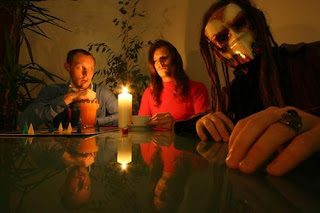 Klabautamann really opened my door to a lot of other really cool bands back when I first discovered them. Since I found Woburn House, I have been a fan and I have really been looking forward to this release. Now that's it's here, did it live up to my expectations?
Right from the beginning, before even pressing play on this album, there's a noticeable change in this album from the previous two. The last two full-lengths have had pretty epic songs that have topped ten minutes in most cases, not one song on this release gets near ten minutes, staying well below the eight minute bar. The post-metal element is also a lot more up-front on here than in the past as well, with quite a few songs remaining in softer, but still distorted, guitar driven territory for the majority of the album. You'll notice that even though the guitars are heavy, the don't really do any of the typical doom and sludge chugging or let a single chord ring out for a while all too much; instead you'll find a lot more single note picked chords on here, which does give the album a very different feel than a lot of other post-metal, sludge, and doom records. I'm not gonna lie, there are moments where this thing can get pretty epic sounding, as songs do tend to actually build momentum throughout however long they are, the climaxes do have a more reserved sense even when unleashing it's power.
Despite it's tag, it isn't all that heavy, but appears to focus more on atmospherics instead. I also don't want to give the impression that the band have gotten rid of their more psychedelic influences because they are most certainly still a big part of this album. What I found to be quite interesting was the use sythes being played underneath the band, which gives the songs an almost spacey quality. They don't really come out and play a big part in the song, but instead drone on and bring a sort of ethereal atmosphere to the track, hear Rain Keeps Falling Down for example. It really isn't a "heavy" album in the traditional sense of the word, but more foundational heavy, with thick, low bass grooves and the occasional heavier guitar part, which finally happens on A Simple Man. I am aware that waiting just over half an hour for this record to finally go metal, really go metal I mean, will not be appealing to some, but the songs are well written and until that explosive finale, you do get some nice atmospheric songs.
I think this album lived up to my expectations, despite the fact that originally I found it to be a pretty disappointing first listen. I enjoyed it, but I'm not sure if I can say it's better than their older material at this point or not. Definitely check it out if you're a fan of post-rock, prog-rock, or post-metal, this is actually a record I could see appealing to quite a few different ranges of people actually.
Overall Score: 8
Highlights: Willow, Clash, Sleep Summer Storm
Posted by maskofgojira at 11:21 AM