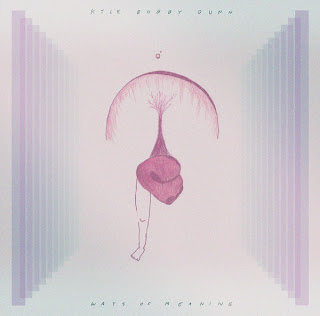 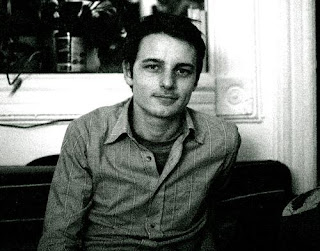 I've known about this album for several months due to a friend of mine reviewing it and giving it some good praise. I can remember looking around for it to look into and finding nothing, so when Kyle sent me the album I was more than excited. I was really excited to hear this upon receiving it.
Ambient music is a strange concept when you think about. The idea is for the music to work as both background and foreground music that can either hold a listener's attention or just set a backdrop for whatever else is happening. When I listen to this album, I can definitely imagine it being used as both, as it's certainly captivating enough to get lost in, but if you just let it hang in the background while you did something else, there wouldn't be anything to really complain about. I think that for ambient and drone music to really appeal to those of us who don't regularly partake in these sorts of albums, it has to bring something special to the recording. Whether it's a very emotional atmosphere, claustrophobic tension found underneath the subtleties, a darker noise aspect, or whatever, it has to bring something that can appeal to a listener, to allow the album to be graspable to ordinary people.
Obviously I have my own preferences towards which pieces of the album I like more so than others, but I can say with certainty that the sections I enjoyed more of were those that were based in more ambient than drone, though separating the two on here would be nearly impossible. It was on tracks like opener Dropping Sandwiches In Chester Lake or Movement For The Completely Fucked where I truly felt this album kind of just create something special. The ethereal atmospheres that are in a good majority of these tracks is what I was particularly drawn to in this album; the calming and serene nature that just sort of painted pictures of pastel lifeforms being birthed from nothingness and just coming alive in my head. While the droning aspects are good, they don't really invoke the same feelings that I have towards the brighter and, let's say, more relaxing ambient songs. While I can't really see myself putting this on a whole lot, it's certainly an album that I believe can take you to a certain place and emotional state by listening to it. It's certainly a very personal album, as many of the soundscapes presented on here feel very layered and complex, revealing an exterior of beauty but hiding a deeper and greater sense of sadness. Ultimately, it's this fact that I believe makes the album all the more enjoyable and humanistic.
As a whole, it's certainly an enjoyable and rather relaxing listen, but it has it's flaws as well. The calming presence of the record is one that I believe is unique to Dunn, as I have yet to hear something that retains this sort of atmospheric quality. If you're a fan of more ambient based more or softer drones, I don't see any reason why you wouldn't enjoy this album.
Overall Score: 8
Highlights: Canyon Meadows, Movement For The Completely Fucked
Posted by maskofgojira at 9:52 AM