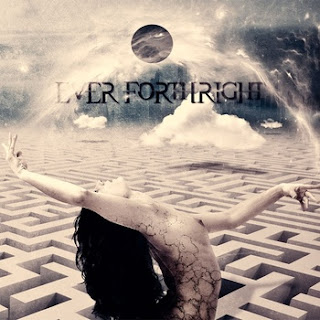 Although the band has been around for a couple of years as an instrumental group, this is their first release with a vocalist. As far as this album was concerned, I can honestly say that I was looking forward to it mainly because I was a fan of the vocalist's, Chris Barretto, past work. This album marks the conclusion of the great, and original, djent debuts for this year.
I, like a good majority of people, first heard of Chris Barretto through his work in Periphery. After the several songs he recorded with them, he moved onto a short-lived stint with Haunted Shores, where he recorded two very good songs for a split with Cyclamen before leaving that project as well. The most recent thing we heard him in was his other band Friend For A Foe, who released a decent EP a couple of months ago. But to be honest, if you've been a fan of his work, this is what you've been waiting for from him, an album which exhibits all of his range, from the guttural lows to his soaring cleans, and be sure, they are all on here. It's a real skill to make what could substitute as a boy-band vocal line fit into a metal album, but Barretto pulls it off with applause, hear the intro to City Limits. You also get the addition of his saxophone playing on here, if only to distinguish him apart from being another vocalist in another band, he's adding another dimension to this band's sound instrumentally as well.
In all honesty, I first heard of Ever Forthright through the site Got-Djent.com, so they are associated with that scene, but while they certainly have that element in their sound, the first real "djent" song isn't until about half-way through the album, Spineless. There are certainly djenty riffs in earlier songs, but none of those songs really dwells too long in that style, instead favoring a mixture of progressive metal intricacies, tech metal proficiency, jazz interludes, and death core brutality, and that's really where this band excels, they manage to fit in elements of all those sounds into their one that, for the better part of the album, works and doesn't really come across sounding like another band. I have yet to hear a band that manages to combine a metal side like this with softer jazz sections like the ones on here, which at times fall straight into smooth jazz territory, almost lounge-esque at times. Though I kind of wish the saxophone was used a bit more in conjunction with the metal bits, like the end of The Little Albert Experiment, I do think their fusion was very well done. But unfortunately, this album does feature some elements that didn't really appeal to me, I was not a fan of the rapping vocals, that accompanied the otherwise extremely catchy Infinitely Inward, which probably would have been one of my favorite tracks on the album if it sounded like a really lame attempt at nu-metal to me. I also wasn't a fan of some of the more bro-core/deathcore moments, I found them a lot more tolerable if only because of all the other elements the band threw in around them.
Overall, I was very impressed with the album and it manged to maintain my attention despite being over an hour in length, which I consider an accomplishment. For the majority of it's playing time, it entertains while demonstrating some very original ideas. Definitely look into this album if you want to hear an interesting new progressive metal group.
Overall Score: 9
Highlights: Lost In Our Escape, Screen Scenarios, Dispose of Your Optimism
Posted by maskofgojira at 12:39 PM