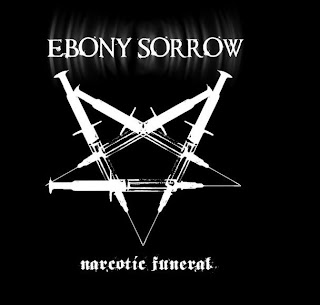 I know I'm totally breaking my own rule not to review albums that weren't released this year, but I'm really busy and didn't have the time to say I wasn't going to cover it because of a limitation I usually abide by. It's the end of the year and I'm feeling lazy so don't expect me to do this sort of thing again. Plus this is a demo, so this is gonna be a one-time exception.
Now that that's out of the way, and I don't intend for that opening to as rude as it probably comes across being, we can discuss the music that's performed here. This four song demo comes across as a hate-fueled fist in the face of all things unkvlt. At times recalling a less industrialized, or less urbanized, version of Anaal Nathrakh, this thing just goes intense, goes brutal, and goes fast, and doesn't slow down. Though firmly rooted within black metal, the thrash and grindcore, and to an extent you could even say punk rock, influences are undeniable, like on Defile The Lambs of Christ, an absolutely blistering song if I ever heard one. I was impressed that despite how fast these songs are, the bass actually stuck out from below them, which I particularly enjoyed hearing.
I hope my intro didn't scare you off from listening to this, because it really is very good material. I enjoyed the release, but I would prefer if people didn't start sending me old stuff to review, it's honestly not what I do here. Besides that, I definitely recommend you check this out if you like brutal black metal.
Overall Score: 6
Highlights: Defile The Lambs of Christ, The Prophets of Sodom
Posted by maskofgojira at 11:27 AM