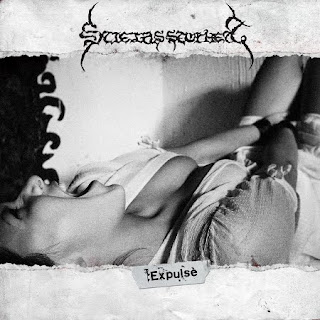 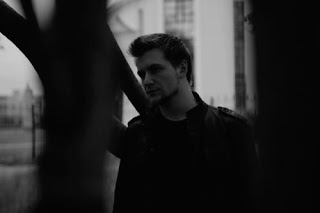 I'm not gonna lie when I say that I was originally not going to talk about this album. I remember reviewing the EP that this project released last year and was quite impressed with it, but I didn't remember the project when this album was originally released. It wasn't until I watched a review, of sorts, on youtube for it that I looked the album up and remembered the band and was like, "I have to cover this."
To anyone who's read this blog for a while, you'll know that I haven't had the best relationship with black metal from Russia. In all honesty, a lot of it may have interesting ideas, but often comes across as terribly under produced and lackluster. When I heard Stielas Storhett's EP last year, "SKD," like I said above, I was impressed. Though it did dwell within the depressive sub-genre, it had quite a few elements that made it stand out and break out of character from that style. This new album retains very few traits from the more depressive background of the project, with sole member Damien T.G taking the project into a much more exciting direction. It's really shocking to know that this is the same band that released that EP last year, because it almost sounds like a completely different band.
When was the last time you heard a new band that was tagged as depressive with actual riffs? Throughout this album you get a great blend of ideas that channel more progressive and experimental elements than I ever expected. There are moments on here than bring to mind groups like Enslaved, Opeth, and Shining more than any group like Lifelover, and it continually blew me away, All Paths Lead to Oblivion is a great example of such. More than anything else, I would call this a progressive album, from the just the structures alone, you get a lot of very fluid dynamics between the more aggressive sections and the softer ones, but there's here as well. The instrumentation is fantastic, Damien manages to channel those great acoustic sections that Shining has, while bringing his own flair to them, which I think comes from the bass-lines he provides underneath them. The saxophone lines delivered on the title-track, Expulse, I thought were fantastic and totally fit with the mood that the album was at when it came on. With all that being said, it's also a very natural sounding album, nothing feels forced or really out of place anywhere, it all comes together on point and works together as a song. As a side note, at this point in the year I pretty much had my end of the year list completed, this thing made me delete most of it and start from scratch because this thing is that good.
I've been listening to this thing almost non-stop since I first got it, it's literally jaw-dropping in how good it is. I can't recommend this highly enough, this thing absolutely blew me away from first listen onwards. If you like progressive black metal, do not hesitate, find this album now.
Overall Score: 9.5
Highlights: Every Track Is A Highlight
Posted by maskofgojira at 11:48 AM