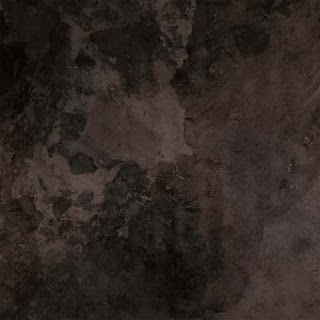 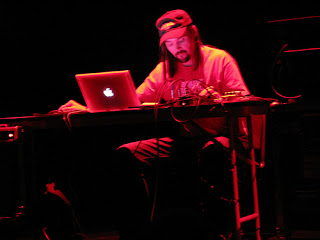 I haven't covered too many other styles within the last month besides metal, in my current memory anyway, so let's talk about one man in particular. William Fowler Collins is an artist who I first heard of earlier this year through his collaboration with drone project GOG, which I really enjoyed. This is his most recent solo album and one that I've been trying to find room for and am finally making time for it.
Raging New Mexican Drone is what I've kind of termed Fowler's music for myself. I've found that this soundscapes can create and portray the sort of desolation and, at times, utter hopelessness that is the desert. I feel that that's been the case in his previous material, the ones I've heard anyway, and in his collaboration with GOG, and it proves to be true on here as well. You'll find it very tough to try and find another artist who is able to craft drones anywhere near Fowler because what he's pumped out on here is quiet but extremely muscular sounding. It made me start to wonder why there aren't more artists crafting a sound as engaging as the one on this album, which I feel is a natural step up from "Perdition Hill Radio." The sound of dust storms raging over the desert plains, quiet and beautiful sunrises, and freezing cold from the night, it's all encapsulated on this one recording. It is the light and the darkness within the barren and stark sands that shows no mercy for anyone.
I don't expect some random person to just pick up this album and think it's the best drone album of all time, because, despite how much I love this record I don't even think I'd go that far, it can be perceived as a bit of a tough cookie. It's not overly engaging, and it really isn't meant to be really, which makes it the type of album where someone could get frustrated with it quite easily because it doesn't attempt to grab you in any way. The centerpieces of the album, the two parted Embracing Our Own Annihilation, is really where things come to a head and where everything sort of just falls away, in a good way. Up to this point in the album, most of the tracks have a calm nature but a very tense underbelly of noises and synthes that keeps the track, and me, on edge. Once the second part hits, everything just falls away for me and kind of dissolves into emptiness. All the building tension that had been rising up to this point suddenly explodes and waves of synthes and textures just wash over you. By comparison to the overtly darkness on part two, album closer, Ghost Choir, is the calm finale to the storm that you were just swept away on as a listener.
Personally, I found this to be another enthralling drone release from a very underrated artist. This record has a lot to offer, it's enthralling, but calming, dreamy but chaotic, bleak and yet bursting at the seems with texture. Definitely check this out if you want to hear some high caliber drone and dark ambient music.
Overall Score: 9
Highlights: The Light In The Barn, Embracing Our Own Annihilation II, Ghost Choir
Posted by maskofgojira at 8:02 AM