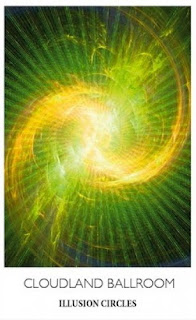 I admittedly have never heard of this project before I decided to review it and was really just diving head first into it. I just so happened to read a review of it and thought it sounded interesting so I looked it up. It turned out to be a lot different than what I thought it would be, actually.
When I first looked into this, and based on the review I had read for it, I was expecting some sort of spacey, krautrock record. That's not what I got. What you find in here is some trippy, ambient music that would be fit for a 70s sci-fi movie. At times, the sounds on here are a bit cheesy and certainly do fit the mold of a 70s movie, but I'd say there's a lot more purposeful depth on here than most of those movies ever used. There are times when this thing gets totally ambient, The Ponds, and then there are times when it goes really cheesy sci-fi synthe worship, Faculty X (Phase One & Two), but both are pulled off really well and are extremely enjoyable. Personally, I think I would have loved to have heard some of these tracks go on for longer periods of time, I think the longest is somewhere around five minutes, and I think if it was stretched out for longer, you'd really get one of those amazing synthe odyssey sort of albums.
It's really hard for me to try and get someone excited for stuff like this because it's ambient music, a genre that really doesn't allow someone to be really enthusiastic about it. Ambient music is, more or less, thought of something to put in the background and kind of just left to hang there while you do something else. It's hard for someone to just let themselves become enamored with soundscapes, but I can say about this is that this is the sort of album that can provide great background music, but it's also something you can just focus on and listen to directly. Tracks like Time-Flight or Last Seconds of Lucidity are just captured my attention and made me listen intently as they just sort of vibrated around this one central idea for several minutes because they were just great sounds. I realize a lot of people may still ignore this album because of what it is, but I really think that fans of both ambient music from today and fans of the more synthe odyssey kinds of records will both be able to get something out of this.
Like it's probably inferred from the above, but I really enjoyed this album. It's a solid slab of interesting synthesizer worship that manages to take the listener on some short journeys into the cosmos. Definitely check it out if you're a fan of ambient music and sci-fi soundtracks.
Overall Score: 8
Highlights: Sender, Faculty X (Phase One & Two), Illusion Circles
Posted by maskofgojira at 9:41 AM