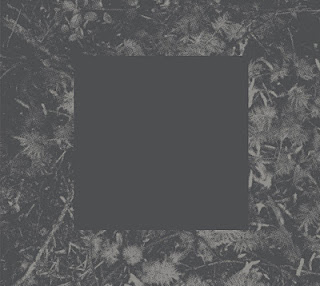 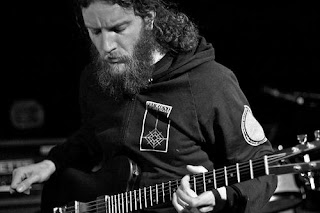 Maybe four years ago, if you had asked me to name you a drone artist or group, the only group I could have told you would have probably been Sunn 0))). My appreciation and enjoyment of the style has probably experience the greatest leap this year. Being a huge fan, like many others, of Aaron Turner's work in Isis, I can safely say that this was another one of the earlier drone acts I found out about.
I can't say how much of this album is based on improvisations that Aaron Turner and wife Faith Coloccia performed or if it's entirely arranged and performed in this manner in mind, but I can tell you that it is an interesting listen. This is an album that abandons most instances of structure in favor of archetypal foundations of noise and ambient soundscapes. You'll find that on these three tracks, you will have a base, or foundation, laid out somewhere near the beginning of the track, and that foundation will usually remain the only constant in the song. While various idea pop in and out at seemingly random instances, that noise remains a constant. Be it loud blast of feedback, the pounding of piano keys, or a choir of voices chanting, that foundation remains the same whilst everything on top shifts and moves around. I will admit that several moments on here can be quite jarring and more than a little unnerving at times.
It should be noted however that while all three of these tracks are foundationally similar, they are all quite different from each other. Opener Spoiled Fruits of The Kingdom is quite schizophrenic in it's arrangement, with that ambient noise base holding the track together. The Ladder That Leads to Nowhere on the other hand is much more rounded and less free-flowing, in my opinion, with a louder and much more aggressive noise being the base giving way to monolithic sized ambiances through choral-esque chanting and synthesized strings. Inappropriate Body acts as an appropriate closer with possibly the most chaotic arrangement on here, though none of it feels as random as the opener. Like I said above, I have no idea how much of this record was improvised and how much of it was arranged, but the fact that only one of these tracks, the opener, feels at all like it was improvised, whether or not it was intended to feel that way, I think is an accomplishment. The randomness of that one track gives way to the more avant-garde arrangements that the other two tracks embody. The album, in my mind anyway, works by moving from random to arranged and structured before giving way to a more controlled chaos in the end. It's an album that is quite hard to digest in full, and I found it best to focus on one track at a time, before finally diving head into the whole thing.
It's an interesting listen that I both enjoyed listening to and thinking about due to it's various sounds. In my opinion, at least some of this had to be improvised, but it's performances like that that kind of give another color to these tracks. Check it out if you think experimental drone, noise, ambient, or maybe even post-rock sounds interesting to you.
Overall Score: 8.5
Highlights: Inappropriate Body
Posted by maskofgojira at 8:40 AM