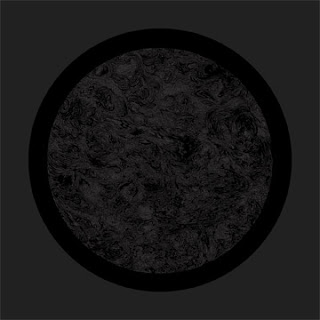 What can you expect when you come into a record knowing nothing about the artist in question and are going solely based on the fact that you like the label that their on. That's the case with this album, avant-garde music can be a very enticing, but ultimately hard, thing to sell to someone unless you really believe in it. So how do you approach a record like this, that is the question.
This is one of those albums where one song does not sound like another, and that, obviously, will turn you on or turn you off to the album as a whole. On one hand you have the concept of cohesion, which on here is pretty much thrown to the wind in favor of experimentalism, so you won't really get an album that flows very well, but on the other hand you have an album that is very diverse sonically and texturally, which can lead to a more enjoyable listen if you like diverse albums. Throughout the disc you'll get references to styles that range from drone and ambient to krautrock and post-punk, so this is not a metal album, as if you couldn't already tell. The fusion of these styles, along with the fact that each track is different from the next, might turn off a good number of people who aren't into more experimental synthe music, but if you can tolerate more atmosphere based music, you should find no trouble adjusting to this.
Personally, I found the longer tracks to be the most enjoyable of the songs on here. Through listening to this album multiple times, it becomes apparent that the longer songs are more likely to draw you in and keep you entranced on it's repetitiveness and subtle changes rather than the shorter and more "typical" droning tracks. A lot of these tracks are like lost synthe odysseys from the early 70s, hear the title-track Urania as a prime example, and as a fan of music from that era, you can imagine how much I enjoyed this. These aren't really songs to get into or enjoy them, but more to get lost in and let them overcome you. There are moments on here, Spacemetal #2 to be exact, where the music becomes very tribal and moves into an almost meditational realm of peace and that just brings the mind down into a calmer state of being, I'm hoping that didn't come off as overtly spiritual sounding. There are obvious calling cards from groups like Tangerine Dream and Can all over this record, but that's more of what I found to make it more enjoyable, as I don't tend to like a whole lot of modern 70s throwback music, but this sounds like a fresh interpretation of it.
This one was definitely a bit of a shocker because I in no way expected it to sound the way it did. It's definitely refreshing to hear something like this come from Utech, another great label that puts out quality releases. If you're a fan of experimental electronic and drone music, I think you'll enjoy this record very much.
Overall Score: 8
Highlights: Spacemetal #1, Anfitrite
Posted by maskofgojira at 11:56 AM