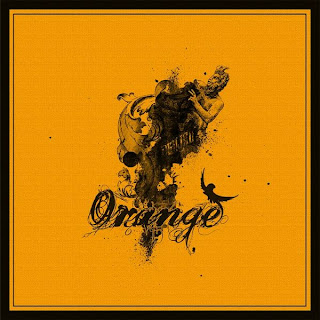 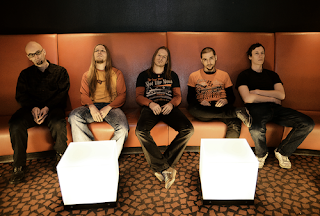 This is an album I knew nothing about until I actually saw it on a couple sites, I didn't even know Dark Suns was working on a new album. Back when I was going through my initial progressive death metal phase, starting with Opeth and moving outwards, Dark Suns was one of the bands that definitely stuck out to me. In all honesty, I had thought the band might have broken up.
While Dark Suns was definitely a band that never made the same album twice, all three of their prior albums was an interesting take on progressive metal, I don't think anyone expect this album. As soon as the album opens, you as a listener will enter into a world devoid of most metal influences. This is an album which embraces the sounds of early and vintage progressive, psychedelic, and jazz rock, much like what albums from Opeth and Steven Wilson did earlier this year. Sounds coming from the likes of King Crimson, The Soft Machine, and Still Life are all bleeding out from the band on here, and whether you love it or hate it, it will certainly leave an impression on you.
I know the retro-prog sound is kind of getting a boost this year thanks to bands like these guys and Opeth really just taking a chance and removing most metal from their sounds, but I have to say that just like Opeth, these guys pulled it off in my opinion. Maybe it's just because I actually like music from the 60s and 70s a lot so I'm a lot more inclined to like this sort of album more than others but I think it's pulled off well. The vintage, barely distorted guitars that litter the record, the sedated organs that pump through nearly every track, and the occasional bursts of horns that just bring a sense of vitality to the album are all instances of a band taking a chance. A lot of these songs are also some of the shortest that the band has ever released, with the first half of the album's songs dwelling within the three minute frame. It's on songs like these where the band are throwing a more concise and melodic sound at you, the second half of the album, in my opinion, is more of a progressive listen. Not that they've made use of growling too much after their first full-length, but this album features the best vocal performances from Niko Knappe, also on drums, yet. His vocals go from a nice and relaxed sort of croon to King Diamond-esque falsettos, hear That Is Why They All Hate You In Hell. His use of harmonies is also a lot more developed, on Vespertine I hear a bit of Queen, but that might just be me. I enjoyed the horns on here as well, and I'm not usually a fan of brass instruments, but I think they added a nice flair to the album and I kind of wish the band had used them a little bit more throughout the album.
It's certainly not a record that everyone will enjoy, but like I said above, I'm kind of predisposed to liking this sort of stuff. While I do think there are some songs that are better than others, as a whole, it works. Definitely check it out if you're interested in a sort of retro-prog and jazz-fusion record.
Overall Score: 8
Highlights: Eight Quiet Minutes, Ghost, Antipole
Posted by maskofgojira at 9:47 AM