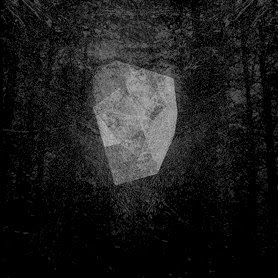 I know when I talk about stuff like this, it isn't exactly the most popular thing, but it's good stuff. Blackened noise is a style that isn't a super appealing genre, or sub-genre, but when you find some good stuff, it's really really good. Triangulum Ignis is proving to be extremely intelligent when it comes to signing good groups within this style.
I should preface this review by saying first off that this is not an album that relies all that heavily on "metal", despite the fact that I do believe it to be a part of that blackened noise scene. It's in there, make no mistake that there are times when that black metal element does pop out at you, but you'll notice ideas that are coming from straight-up noise, industrial, dark ambient, and drone music are a lot more noticeable and common on here. The ideas present on here, no matter what "genre" and "style" they may fall into do all have that blackened kind of vibe to them though, which is what made this release so cool to me. The noise felt like it could have been used along side a super raw black metal riff, but instead it just sort of remains there, moving around almost in a psychedelic way, almost, and just keeping you listening. Thing shift around very subtlety and odd noises and samples are placed on top occasionally, How to Become A Vulture Party for instance, where children laughing was used. Strangest Words proves to be the first real breakthrough of black metal on the album, which is half-way through it, and after that, you'll find those more traditional black metal ideas a bit clearer on the songs that follow.
I'm not sure how people will feel about this but sonically, if you were looking for comparisons to other artists, I think projects like Utarm and Gnaw Their Tongues follow along a similar sort of path as Noir Noir here. While I don't think Noir Noir ever really reach the sheer levels of depravity and perversion that GTT has done or ever brings as much of a black metal sound as Utarm, I think if you liked either of those artists, you could find something in here as well. Personally, I found the electronic influences on here to be kind of hit-or-miss. Honestly, I think the use of them does bring an interesting air and vibe to the last two tracks on the album, but I just didn't really get the dance-beats and almost dubstep elements on Suono. I think the use of them definitely separates this project from the two above, which is why I mention it last, but I just think that their use could have been worked into the project's sound a bit better.
The greater majority of the album is very good and definitely showcase a nice beginning to a very cool project. Like I said, a lot of very solid ideas, they just need to work out how to meld them together a bit more. It's solid and I think if you're into experimental black metal or blackened noise, you'd definitely enjoy this.
Overall Score: 8
Highlights: How to Become A Vulture Party, V.I.T.R.I.O.L., Strangest Words
Posted by maskofgojira at 10:23 AM