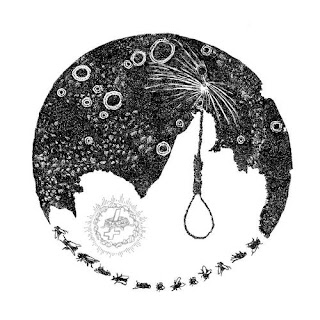 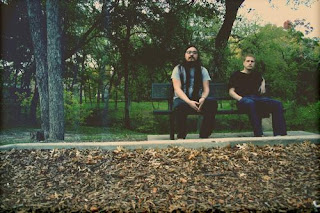 Not that I would call it a lot, but I think this is the first time I've ever received more than one request for me to cover an album. Granted, I was already going to cover this anyway, but I thought it was a bit odd that it was this album that people were so interested in. I had heard great things about this before deciding to review it, good to know people are interested.
Garry Brents has been a very active member in musical circles for about the last five years or so, don't quote me on that, and has done his fair share of boundary pushing in his day. Whether it's the experimental tech-death that was Semen Across Lips, the post-metal wizardry in Parabstruse, or others, not the least being Cara Neir's atmospheric sludge inspired blacked punk. He's the type of musician that other musicians would aspire to be, because he's productive and always experimenting and creating something interesting. While each project definitely stands alone as it's own entity, you will find some common traits among them all that definitely signal them as being from the same place. A common trait within most of his projects tends to be the influence of post-rock, in some form or anther, though that's by no means a bad thing. Now while most of Garry's projects tend to be him alone, this is one of the few exceptions to include others, with Chris Francis on vocal and lyrical duties.
Sonically, this project is quite diverse. While it's definitely rooted within black metal, it is, like I stated above, well versed in sludge, post-rock, punk, and grindcore as well. What with tracks like Two-Faced and Tight-Lipped and being extremely quick and fast-paced, as well as a guest appearance by Dorian Rainwater of Phobia and Noisear, the grindcore and punk elements are definitely well demonstrated on here. Then you have the more melodic side of the band, with tracks like Temporal Realm showing more delicacy and moodiness in favor of straightforward aggression. While those sides are all well and good, the best part of this project, and album, is the ground between them, the moments when both sides cross, The Apothecary, and become something really well written and constructed, it's something to really just marvel at. When you get the brutality of grindcore and punk and blend it with the more sobering melodies of post-rock, all within a black metal setting, the sound is something that I have yet to hear, and this not only does a great job blending them together, but making them into memorable songs. A job well done in my book.
It's well done and certainly an album that is very enjoyable. It's a great blend of ideas that you don't hear mixed together too often, and thus helps escalate this album to an even more enjoyable experience. Definitely look into it if you haven't already, I'm assuming a lot of you already have, but if you haven't yet, you're missing out.
Overall Score: 8.5
Highlights: Return to Torquemada, The Apothecary, Not Enough
Posted by maskofgojira at 11:30 AM