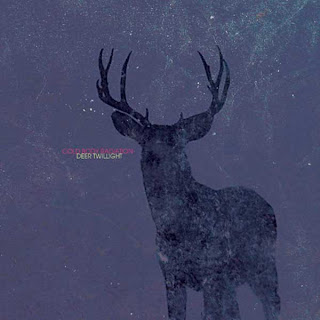 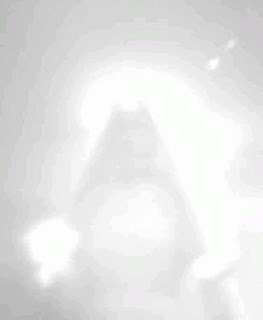 I'm sure I'm totally out of line, as well as being flat out wrong, in saying this, but I'd like to think I gave Cold Body Radiation some of it's first press. This one-man project released an album that was one of the better post-black metal/blackgaze releases of last year. For those who have become fans of the project, like myself, anticipation was high to see how this new one would differ from his debut.
Now let's be up front with this, Cold Body Radiation's debut was a blackgaze record, it had all the trademark elements. That record was very atmospheric but featured fuzzy distorted guitars, poppy beats, and bass lines that were quite loud in the mix. While several of those elements are retained for this album, to call them black metal in any way would be selling this as something that it's not anymore. With the removal of most of the black metal elements from the project's sound, what you have here is a shoegaze and post-rock record. Don't get me wrong, there are still distorted guitars, but they're used as a more atmospheric device rather than providing any sort of leading melody in a song. Even on the most intense moments of this album, the semi-black metal song Concept of Forever, while there are blast-beats, screamed vocals, and tremolo picked guitars, it is by no means heavy, or really even distorted to be honest. This essentially shows that sonically, as much as this album does try to be "black metal", it still lies inside the realm of being more post-rock. Or maybe the whole point is to continue being blackgaze, I might be assuming.
While I thought his debut was "pretty" sounding, I think that it can said that this album is much more "pretty." As the album tends to dwell within cleaner guitar passages, huge sounding atmospheres, and whispered vocals, though screams and the occasional singing section is used they are still pretty quiet, this album definitely falls more into the post-rock category more than the metal one, but one could definitely still argue this as a blackgaze record. Obvious comparisons to Alcest will pop up, and they aren't completely unwarranted, but I'd say that this project is maybe a bit more song oriented than his French brethren. To be honest, this album doesn't really come into it's own, songwriting wise, until The Night Reveals, the third track. I should say that the sound is rightly established from the opening guitar line of the album, but the first two songs unfortunately lack any sort of memorable guitar or vocal line, something the ladder portion of the album definitely rectifies.
It's a nice and solid album with some decent qualities that I'm sure quite a few people will enjoy. I think it's a step up in songwriting, but idea wise, it's still feels a bit inconsistent to me. Check it out if you're into the whole blackgaze or post-rock sort of thing.
Overall Score: 8
Highlights: The Night Reveals, Shimmer, Yes, Maybe The Stars
Posted by maskofgojira at 9:54 AM