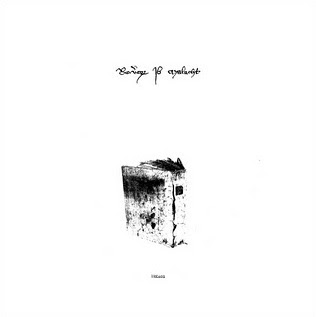 If I remember correctly, I was informed about this release a couple of months ago, it not being out at that point, but my interest was piqued. At the time, I had never heard of the project before but I was told good things. I've covered a few "ritualistic" groups this year, and only a couple have actually lived up to that term, but I had high hopes for this release.
When you open an album with what I could only describe as a shamanistic ritual happening in a cathedral, you better follow that up with something interesting. The ensuing black metal passage that follows in In Blando Xpi Sibilo proves that this is indeed a very interesting piece of work. Breaking into various tremolo picked passages throughout the course of it's nine minutes, it is interrupted and broken up by some far more odd choices of instrumentation during it's opening segment. It's a trend that you'll notice throughout the album. That, along with the rather hazy atmosphere that surrounds the whole thing makes it sound like a ritual is happening while this is playing.
Throughout the entirety of the album there is a solid amount of black metal parts and more ambient ones as well. I have no idea if this was written chronologically as it appears, but it certainly feels that way to me. Each piece flows into one another fluidly whilst providing something different with each track. I rather enjoyed the lurching bass on Sermon Below The Mount, which is something that you won't find in the faster and more aggressive black metal on Omen, which follows it. There's a fair amount of ideas on here that definitely pull from various sources, there are traces of blackgaze within some of the guitar playing on The Lord Is... II, as well as obvious inclinations towards drone music with the more ambient pieces. The final and untitled track that closes out the album definitely closes it with style. Unlike the more ambient based interludes that preceded it, here you have an extended drone segment that completes the ritual. Having said all that, this release is rather impersonal, which makes it loose some points with me, though I realize that this was probably intentional. What's going on in these songs feels way too far away, or mystical maybe, for me to kind of relate to and draw any sort of connection from it. Not to say the ideas aren't there, because I do like what these guys are trying to do.
In the end all I can really say for it is that I liked the ideas but it felt a little isolating. I realize that this is more of a personal problem I have with the album, and I'm sure that many others will find something here that will keep them intrigued, but I just couldn't get into it. Check it out if you're a fan of ritual ambient or more atmospheric based black metal.
Overall Score: 7.5
Highlights: Ecclesia's Call II, Sermon Below The Mount, Urkaos
Posted by maskofgojira at 7:45 AM