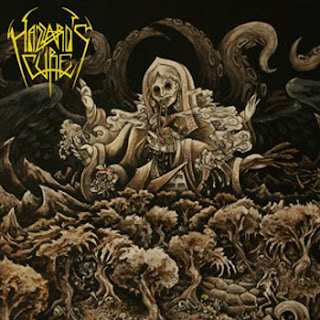 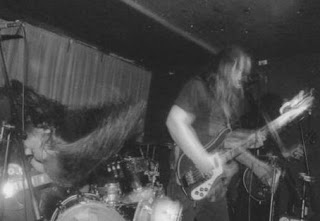 Sludge metal is a genre that really has no business being super polished and pristine sounding. Sludge metal should, as the name suggests, be dirty and crusty sounding; I really don't understand how we've come to a point where sludge metal can be defined as something that's polished and covered in a shine. As you can probably tell, this is not what you can expect from this record.
What you can expect from this is a very primal and true-to-form sort of sound, it's not called sludge for nothing. The production on here really leaves the band sounding authentic and live sounding, which suits the music the band plays very well. The whisky soaked blues riffs and punch-drunk thrash blasts serve to be treated to a more live sounding production that makes it feel like the band is playing live, only just a bit cleaner. There isn't anything on here that'll make you feel like you're listening to a machine playing these songs. The only thing I might have done differently, production, or rather the mix, wise would have been to put the vocals a little bit higher, but not by much, the production is really quite good on here.
In terms of songwriting, I do believe these guys show a lot of promise and talent in their respective style. Like I said above, the riffs tend to be more blues based but often bring in a couple of other elements as well. There are clear nods to the doom metal and stoner rock genre mixed along with their sludge-meets-thrash sound. There are also a couple of sections to recall bits of black metal as well, which I particularly enjoyed. The use of tremolo picked sections or the occasional break into short blast-beats brought an interesting flavor to the album that I do believe helps to separate them from the legions of other sludge groups out right now. I also thought that when the band went into a quiet moment, Clashing of Hordes for example, it did the track a world of good because it not only brought in a more diverse sounding dichotomy within the track, but they played it straight and it sounded great, it helped make the track in my opinion. Now, I do have one gripe about the sound of the band, and it's more of a personal thing, I'm sure others could either get over it or they might even enjoy it a lot, but I just can't get into some of the really cheesy vocal lines or lyrics, Prayer of The Hunted comes to mind when I say this. For me, I can certainly understand the whole mythical sort of lyrical side, and it's not a subject I usually address, but I just found some of the lyrics to be rather intrusive and kind of just make me cringe during a couple of parts in an otherwise pretty cool song.
All in all though, it's a very solid slab of sludge with quite a bit of other influences peeking through. I think these guys definitely have talent and are very skilled songwriters, a band to keep an eye on for sure. Check it out if you like sludge, stoner, or doom metal, you will not be disappointed by this.
Overall Score: 8
Highlights: Meet Me At The Mountain, Clashing of Hordes, Great Dishonor
Posted by maskofgojira at 10:26 AM