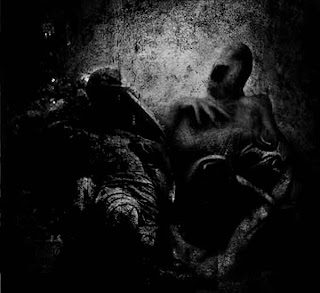 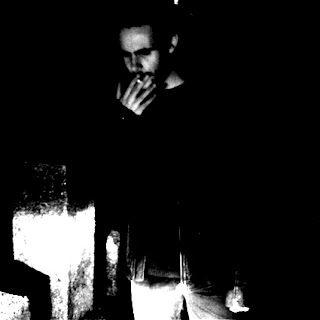 When I first saw this album, I was intrigued about it because it's description told me that it was depressive black metal, but it was experimental. I was curious, but I didn't check it out until I read a review for the album where it was highly praised and it sounded really interesting. If you called this depressive, you obviously haven't listened to enough bad projects playing that style.
You know what, I'll come out and say that opening your album, if you're a metal band anyway, with an ambient soundscape for the first three minutes of your first song takes balls. While it may not be an original idea and I'm sure several other groups have done it before, I still find that doing so shows that you have real confidence in your own work and enough of it to believe that it won't loose listeners by doing so. I - Foco Abrupto does so for this album before moving into what could only be described as avant-garde atmospheric black metal. Riffs range from straightforward black metal tremolo picking to cleaner passages where one could almost call it "post" if it didn't tread on dissonant territory more often than harmony.
What has stuck out to me, and others who've heard the album, has been the amazing saxophone work that is used throughout this album. It's not just something used in the background, there are sections within these songs where you get crazy leads on a sax. In addition to just giving the album the oddity that it makes use of the saxophone on here, it fits even when it's providing more of a texture in the background of a song. Along with the odd use of piano on the track VI - Em Vidro, it's hardly standard. However, the rest of the album is not without merit, with nearly every song on here bringing an interesting brand of atmospheric black metal with a slightly depressive edge to it. Beyond that inkling in the atmospherics of the album, you won't find much else to link to what I assumed would be a depressive black metal album. It's an album with a lot of atmosphere and ambiance, and while the guitars certainly bring the heavy quality to it, it really isn't as heavy, fast, aggressive, melodic, or brooding as a lot of other black metal records. Now, I'm not one for samples in my music, I usually find them distracting and useless to a song, but on here, they actually manage to help set the mood for what ensues once they pass. The closing minutes of VII - "Belle Indiference" where the song In Heaven from David Lynch's famous film Eraserhead is sampled actually winds up gently lulling the listener out of the rather dank haze that was this album.
It's a very solid record that is definitely pushing the boundaries for one-man black metal groups, even though the drums were done by someone else. It's an odd little album, and I'd probably love it just for that, but it is so much more. I hope you check this out if you're into experimental black metal, I doubt you'll be disappointed with this.
Overall Score: 9
Highlights: II - Dor Sumbersa, IV - O Dramaturgo, VII - "Belle Indiference"
Posted by maskofgojira at 11:07 AM